If Superman and Stretch Armstrong produced offspring in some hideous experiment, they might hope to create a new, upgraded iron... 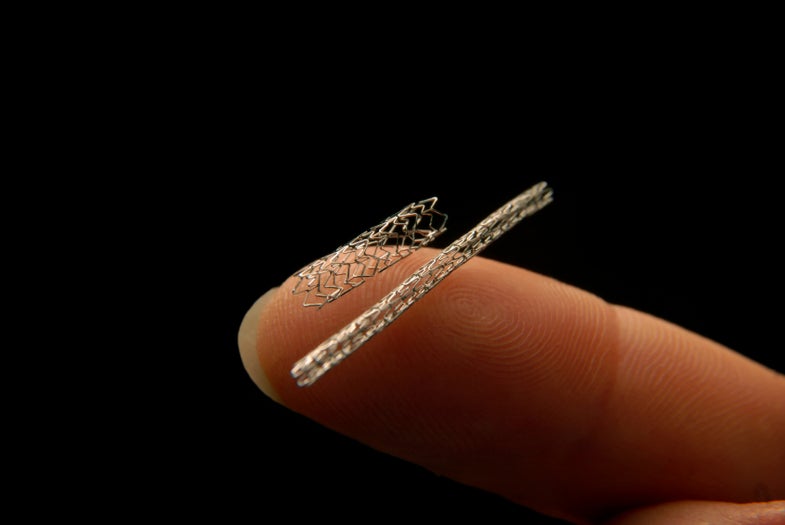 If Superman and Stretch Armstrong produced offspring in some hideous experiment, they might hope to create a new, upgraded iron alloy with super-elastic powers which allow it to keep its original shape even after stretching. Now Japanese researchers have done just that with added bonuses such as better ductility and a change in magnetization, Reuters reports. That may lead to better surgical interventions and even quake-proof structures.

Thin wire made from the new alloy could snake through human arteries and help place stents — tubes that keep the blood vessels from collapsing. That would allow for better blood flow from the heart to the brain or other areas.

The iron alloy has double the stress level of nickel titanium, which is the current alloy used in heart stents. But unlike future stents made from the new alloy, nickel titanium wire is currently too thick to go into the brain.

Such “shape memory” metal alloys may find other uses in cellphone antennas, spectacle frames and dental braces. Tohoku University researchers also suggest that the alloy could help create quake-proof structures that can return to their original shape after the tremors have passed.

Some building designs have already attempted to embrace the shaking and can even rock off their foundations, so that an earthquake’s destructive energy doesn’t tear a structure apart. We wouldn’t be surprised to see the new super-elastic alloy find its way into future buildings regardless, unless scientists have come up with anti-quake cloaking devices by then.