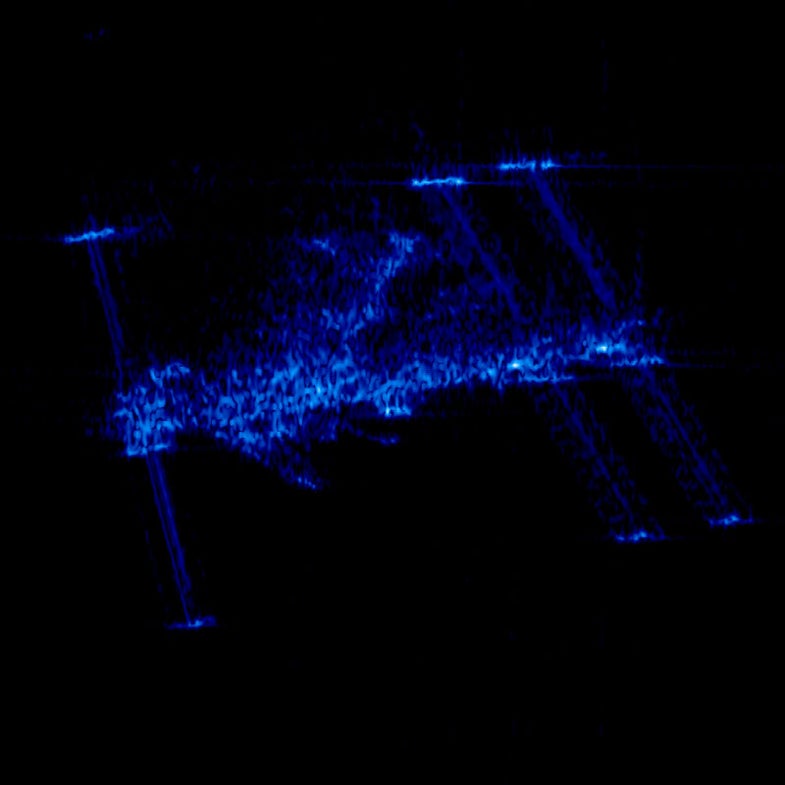 Perhaps it’s time for Space Ghost to hand over his moniker to the International Space Station (ISS). The orbital outpost makes for an eerie blue shadow in this image taken by a German radar satellite, SPACE.com reports.

The snapshot was taken by Germany’s TerraSAR-X satellite on March 13, 2008. But the German space agency only released the startling view of the then-incomplete space station this month.

This dates back to a time when the $100 billion space station still lacked its final set of solar arrays, and so it appears lopsided, SPACE.com notes. Since that time, astronauts have installed the solar arrays as well as new modules and laboratories, including a fine new observation deck.

Japanese astronaut Soichi Noguchi has already taken advantage of his ISS residence to send plenty of Twitpics featuring stunning Earth views, and has also made good use of the new cupola window. So it’s only fair that the space station itself receive a bit of the spotlight, too.