Our sister publication Popular Photography has a great interview with Ben Cooper, whose photos of space shuttle launches are both beautiful and technically amazing.

When Popular Photography first caught up with Ben Cooper back in 2008, he was a 21-year-old college student, shooting with film cameras and sacrificing his lenses for the sake of the shot. Since then he has gone digital (for the most part) and racked up some impressive new work that somehow takes an epic event like shuttle launch and makes it even more impressive.

What is your process like on launch day?
Shooting a launch requires some preparation and some knowledge if you want to get the right shot, especially for night launches. The real challenge is the remote cameras; setting them up at the pad a day or two before sometimes, and leaving them there to get the shot. This is the big process, taking hours sometimes, and requiring a lot of planning.

Read the rest of the interview on PopPhoto.com. 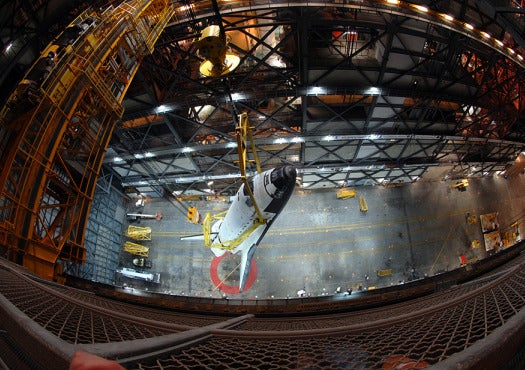 In a rare photo op taken February 22, the 12-story 100 ton Discovery hangs inside the gigantic Vehicle Assembly Building (the world’s fourth-largest building) as it is lifted to be attached to the booster rockets for STS-131. 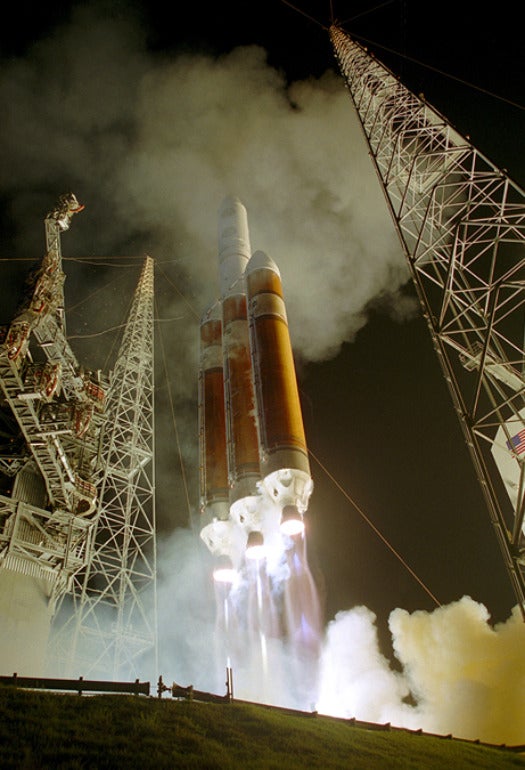 The first place winner for space in the same contest and my most popular image taken (Popular Photography published it as the backstory in December 2009). A film camera was used for this shot (last time I used film to date) because of the chance it would be destroyed. Delta 4 Heavy lifts off November 10 2007 with a military satellite. It’s the largest rocket in the world at 24 stories tall, the angle on this Heavy launch really did it for me. The lens was destroyed, but the camera worked…see more: [ Launch Photography](http://www.launchphotography.com/Delta_4-Heavy_DSP-23_camera.html http://www.launchphotography.com/Delta_4-Heavy_DSP-23.html) 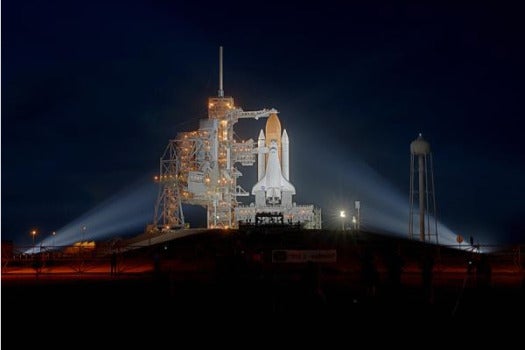 The night before STS-120 launches in October 2007, this HDR image captures the shuttle and the xenon lights, which the camera cannot normally expose for without special filters. 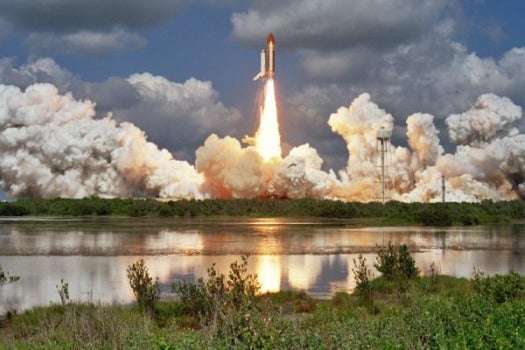 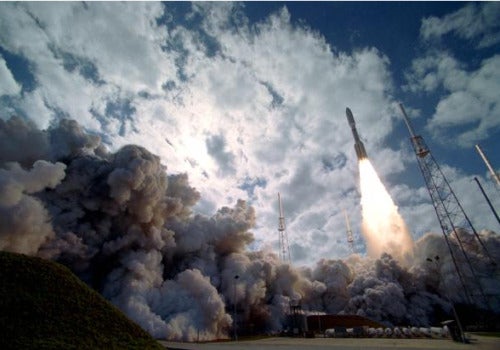 An Atlas 5 rocket launches on the world’s first mission to Pluto, with the New Horizons space probe atop. New Horizons will get to Pluto in mid-2015 after a decade long journey. See the rest of Ben’s photos at PopPhoto.com.
Stan Horaczek