New Robots Build Prototype Solar Cells in 30 Minutes, Then Evaluate Their Own Work 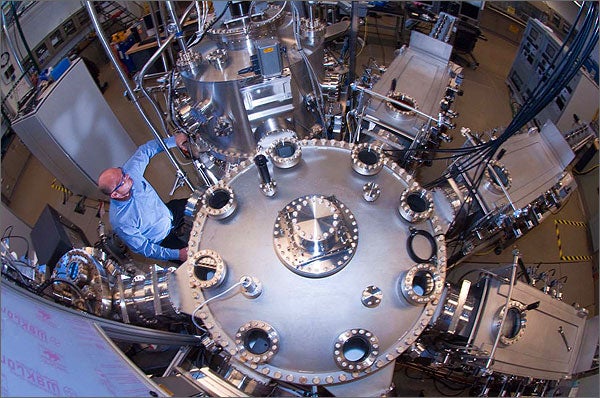 One squat multitasking robot can build semiconductors for solar cells on six-inch-square plates of glass, plastic or flexible metals in just over half an hour. Six of these tireless mechanical workers, chugging away at the National Renewable Energy Laboratory (NREL) in Colorado, will allow private companies to come rapidly prototype and test their newest formulas for creating solar cells.

Each robot acts as a central hub or master chef that pivots around to dish out plates to different chambers. In the chambers, semiconductors are built up layer by micro-thin layer, or crystals which help make the solar cells are grown and tested.

But each robot also specializes in using a different semiconductor material, or focuses on other aspects of solar cell production and testing. The six robots sit in six separate bays on the lab floor.
The robot that specializes in building silicon-based cells still holds the speed record of 35 minutes. Another robot creates solar cell batches with copper indium gallium diselenide (CIGS) as the semiconductor material. The final sixth robot that will work with cadmium-telluride cells is currently being installed.

Solar cell companies can hook up their own instruments to each central robot and see how their production process goes. A transportation system can even move the sample plates around to different robot bays to try out different processes that might enhance a solar cell’s power.

Robot workers have stood on assembly lines for long enough to undergo several boom-bust periods and sad recession times. But NREL scientists hope that their robots can combine industrial efficiency with lab-like precision for a better and brighter energy future. 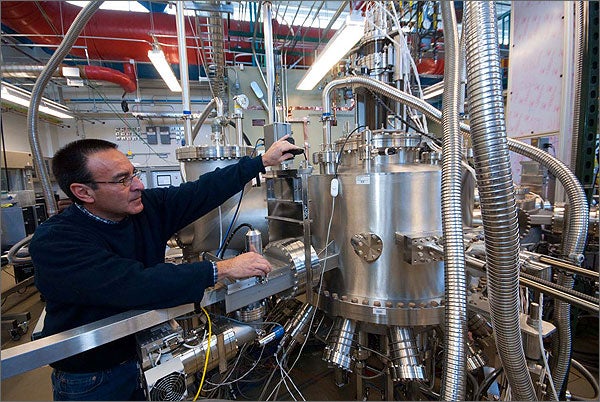