One Quarter of Germans Would Embrace an Implantable Microchip

In a new poll, cyborgs make their voices heard 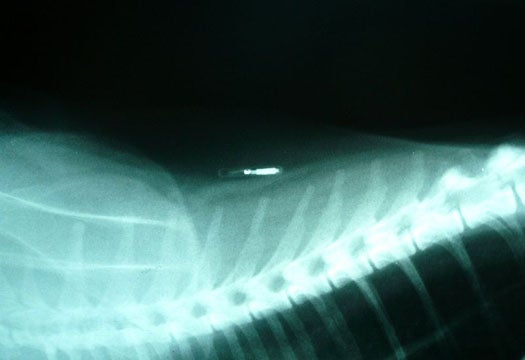 Privacy-loving Americans have roundly rejected the idea of implanting microchips within their bodies, but one in four Germans is enthusiastic about the idea of having a chip implanted as long as there are tangible benefits involved. Those benefits don’t even have to be of the life-and-death nature; some said they would implant a chip simply to make a shopping experience more enjoyable.

A poll released Monday in anticipation of Europe’s CeBIT trade show indicated that 23 percent of Germans are open to the idea of implantable microchips. The largest contingent (16 percent) said they would do it to help emergency services respond to them more quickly and effectively in case of an accident.

Another 5% would do it for mere convenience, to make everyday tasks like shopping go more smoothly. Purchasing goods simply by carrying them past sensors on the way out of the store? Seems feasible enough, though the opportunities for fraud and theft would likely discourage such a scheme.

It’s for those reasons exactly that Americans remain wary of implanted chips – even those of the medical variety. A handful of states have already passed laws preventing insurance companies or employers from forcing patients to implant electronic devices.

But the fact that a quarter of Germany’s population is open to the idea, while not game-changing, is an indication that a new generation of technophiles comfortable with its place in a brave new wired world is emerging. A full 72 percent of Germans polled said “absolutely not” to implanted electronics, but a quarter of them see a world where the line between the virtual world and reality is slowly blurring.