Courtesy of those brainy folk at MIT and Caltech 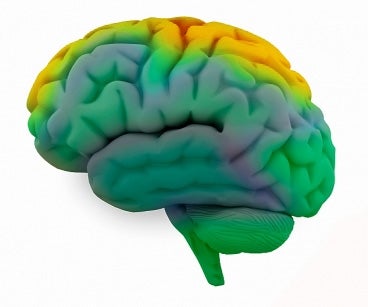 This is your brain. This is your brain’s blood flow, courtesy of brain scan technologies. And this is dopamine, a neurotransmitter in the brain that plays pivotal roles in learning, memory, addiction and movement. MIT and Caltech scientists have created new molecular sensors that allow them to track dopamine for the first time, and provide the most direct detection ever of brain activity.

The new sensors work with one of the golden standards of neuorimaging. Functional magnetic resonance imaging (fMRI) typically tracks hemoglobin — an oxygen-carrying molecule — based on hemoglobin’s faint magnetic properties. The resulting brain scans can measure blood flow to indirectly gauge brain activity, and have allowed researchers to study everyone from freeloaders to comatose patients.

The breakthrough involved playing with a protein called cytochrome P450, which appears in most organisms and has weak magnetic properties. Researchers created many different mutated forms of the protein’s gene, inserted the gene into E. coli bacterium to produce the protein, and then tested each protein variant for its ability to bind with dopamine.

The best candidates ended up being mutated again for the next round of improvement, in a strategy dubbed “directed evolution.”

Five rounds eventually produced two sensors that bind strongly to dopamine, and thereby allow fMRI to detect it. The concept worked when researchers injected the dopamine sensors into the brains of rats, although the imaging only worked near the injection site.

MIT scientists hope to program brain cells to automatically express the dopamine sensors, as a noninvasive way of studying the brains of animals. These and other neurotransmitter sensors could eventually lead to better wiring diagrams of how brain regions work together — truly a dope future.