The ability of matter to move light underpins such common phenomena as transparency, refraction, and reflection. But light moving matter?... 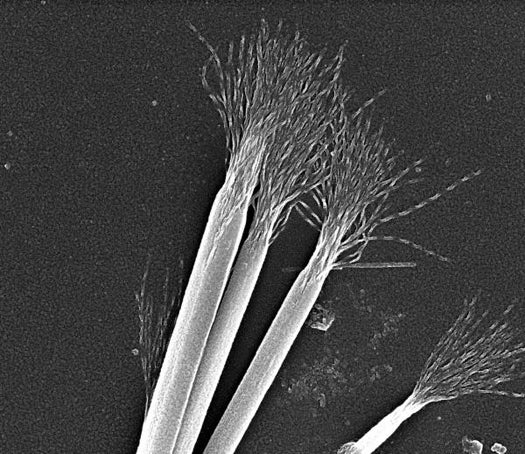 The ability of matter to move light underpins such common phenomena as transparency, refraction, and reflection. But light moving matter? That’s a bit rarer. So rare, in fact, that University of Michigan researchers refused to believe the results of their experiments for almost four years. As reported in the latest Science, they had discovered special nanoribbons so sensitive that light actually caused them to move. These ribbons are the largest pieces of matter ever moved by light, and their unique properties make them prime candidates for building nanomachines or light-reactive fabrics.

Originally, the researchers were investigating “superchiral” particles, which focus light into even smaller wavelengths than usual. However, the scientists realized that rather than just altering the light, the light also began to organize the superchiral nanoparticles. After a day of light exposure, the particles had formed into ribbons, and after three days the ribbons had woven themselves into nano-rope.

As soon as the researchers overcame their disbelief, they began exploring the applications of their discovery. One scientist is working on getting the nanoribbons to spin in the presence of light, essentially creating an artificial flagellum that could drive a nanosub. Another speculated that the light-warping effects of superchiral particles to create a cloaking device. And yet another wants to use the ribbons self-assembling power as a way to make microchips and other nanomachines.