Today, at Germany’s first-ever trade fair dedicated to the wonders of doner kebab, new technology was unveiled that promises to... 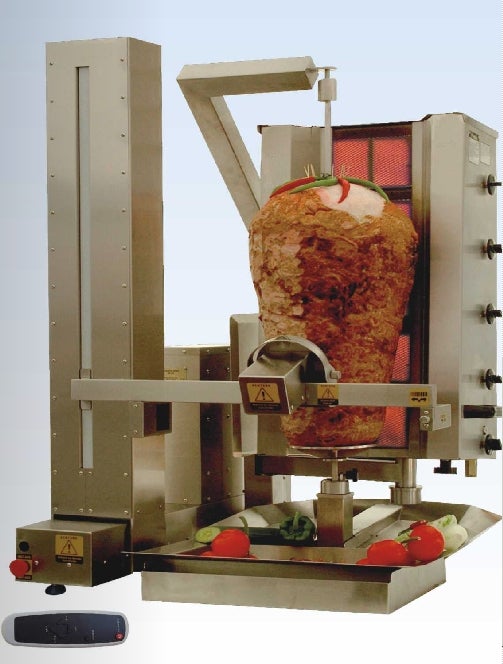 Doner kebab is the familiar dish, Turkish in origin but ubiquitous in Germany, of meat grilled on a vertical rotating spit and sliced off upon request. (It’s kin to Greek gyros and Middle Eastern shawarma.) Until now, though, the slicing of the meat has been performed by the clumsy hands of humans.

To quote the manufacturer’s site: