"Thermopower waves" could be a brand-new way to produce electricity 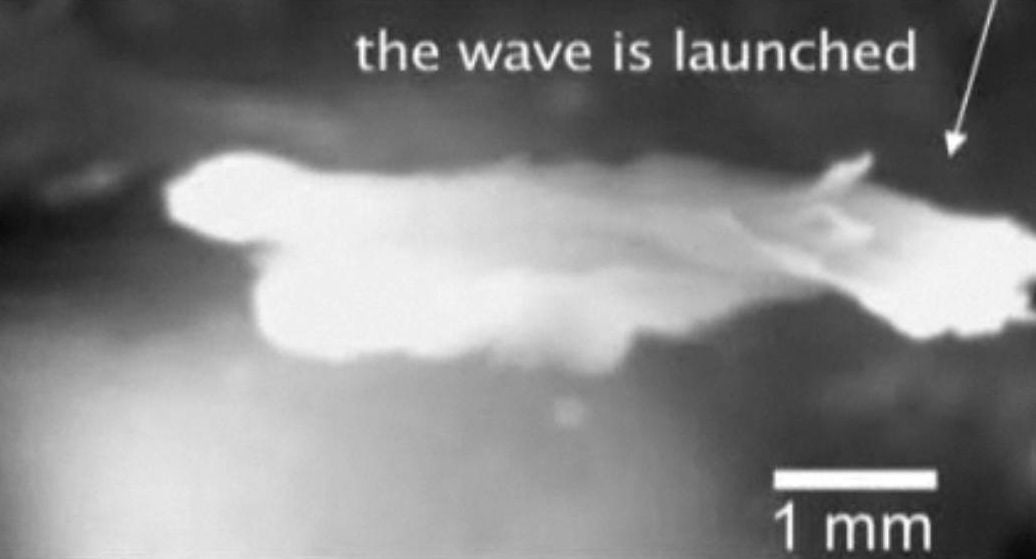 Johnny Cash can’t have known about carbon nanotubes when he sang about that burning ring of fire, but MIT scientists have shown how the tiny tubes can channel a ring of heat that creates electrical current — about 100 times as much energy per unit of weight when compared with a lithium-ion (Li-ion) battery.

The new experiments involved nanotubes, or submicroscopic structures just a few billionths of a meter in diameter, that can conduct both electricity and heat. Engineers coated the nanotubes with reactive fuel that produces heat by decomposing, and then ignited it with laser beams or high-voltage sparks.

That set off a fast-moving heat wave that traveled through the nanotube’s hollow cylinder 10,000 times faster than in the reactive fuel itself, and reached a temperature of 4,940 degrees F (3,000 Kelvin). The fast-moving heat also pushed electrons along the tube and created a noticeable electrical current.

Such combustion waves were studied mathematically for a century, according to Michael Strano, a chemical engineer at MIT. Strano first predicted that a nanotube or nanowire could channel the heat pulse and create electrical current, but now his group has realized that prediction.

Some semiconductor materials can also produce an electric current when heated, but the carbon nanotube experiments defy predictions by thermoelectric calculations. Strano noted that the heat wave seemed to carry along electrons or other electrical charge carriers, not unlike how an ocean wave can pick up debris.

The possibility of creating substantial energy on such a tiny scale could lead to new ultra-small electronic devices the size of rice grains, whether for implantable medical chips or other tiny sensor applications.

Strano’s MIT group plans to continue improving the efficiency and cut back on wasted energy given off as heat and light. Strano also suggested that a different reactive fuel coating for the nanotubes might produce alternating current — an intriguing contrast to current energy-storage systems that all produce direct current.