GM Presents Your Future Two-Wheeled Electric Ride for the City

GM's souped up Segway-style vehicle will drive you home, but won't tuck you in 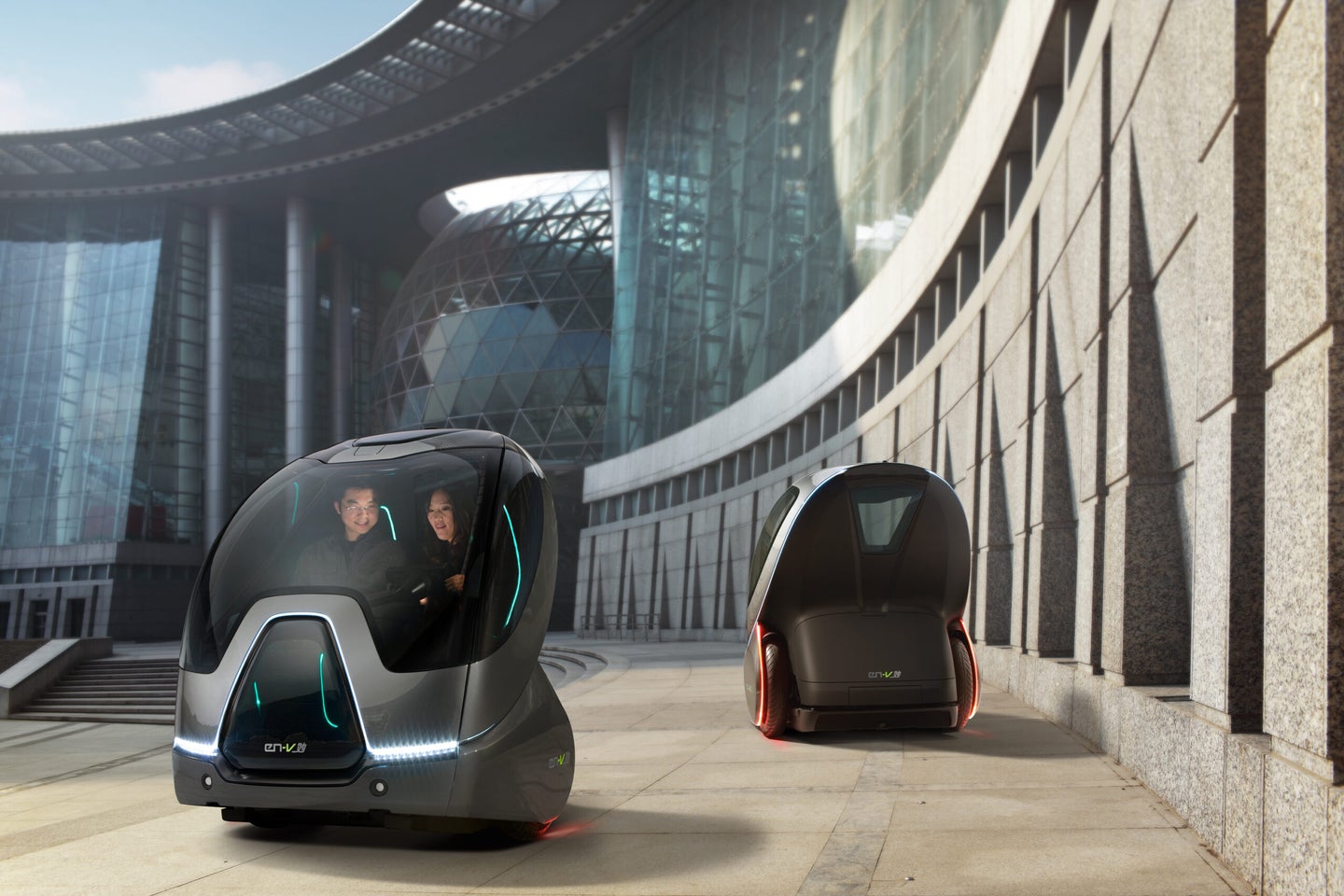 How would you like an urban two-seater, two-wheeled electric vehicle that navigates on its own through traffic or takes you home late at night after one too many rounds at the bar? That’s the concept behind the Electric Networked-Vehicle (EN-V) unveiled yesterday by General Motors in Shanghai, China.

The EN-V pedigree comes straight from the rather unattractive PUMA prototype developed jointly by GM and Segway. The newer concept still balances on just two wheels as it conveys future passengers to their destinations.

Control freaks can still operate the drive-by-wire EN-V, but it supposedly takes advantage of GPS, vehicle-to-vehicle communications and anti-crash sensing technologies to allow for automatic driving mode. Really, you can take your hands off the wheel and focus on chatting up the buddies via the vehicle’s wireless communications that enable social networking.

The lithium-ion battery vehicle, co-sponsored by GM and Shanghai Automotive Industry Corp, runs about 25 miles (40 km) on a single charge from being plugged into your average wall outlet — good enough for urban commuters if not for road trips.

EN-V also received a facelift from GM designers around the world, so that the upgraded PUMA could actually look good on the set of Minority Report II: Cruise into the Future (OK, that sequel thankfully doesn’t exist). The Xiao (Laugh) model incorporates “gumball blue” paint and a nautical design, the Miao (Magic) sports a sleek “masculine” look with LED accent lighting, and the Jiao (Pride) takes equal inspiration from Chinese bullet trains and opera masks.

Like most concept vehicle designs, this may likely never reach market mass production. But GM does seem more serious about this than Honda is about the concept trike, at least in terms of having drivable versions for the press sometime later this year. We say keep on keeping on, and don’t forget to put those augmented-reality navigation displays into the windshields. 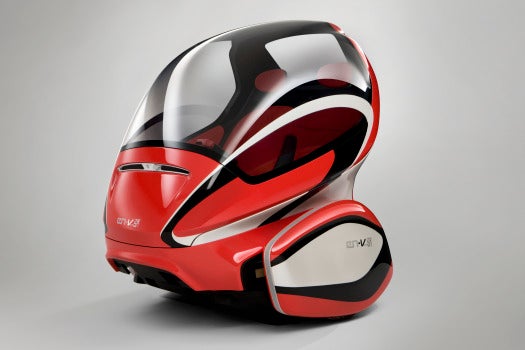 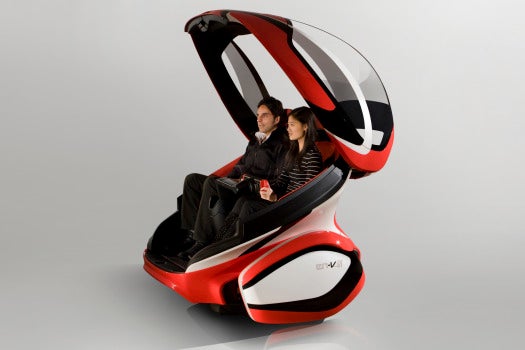 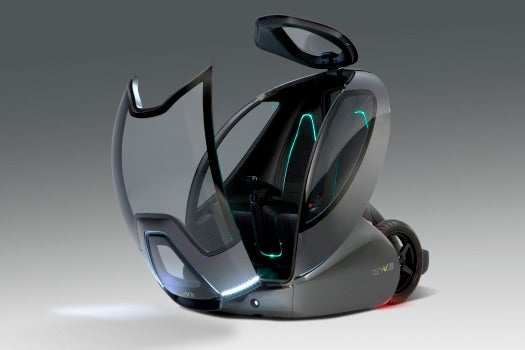 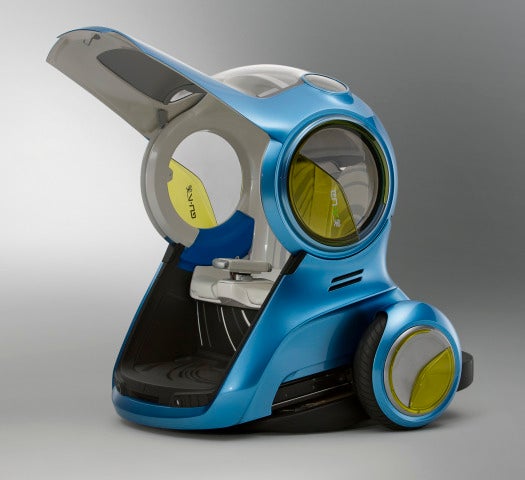 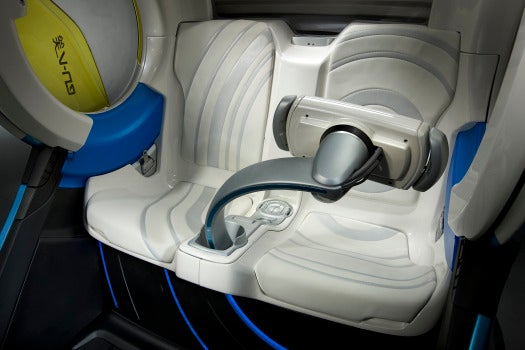 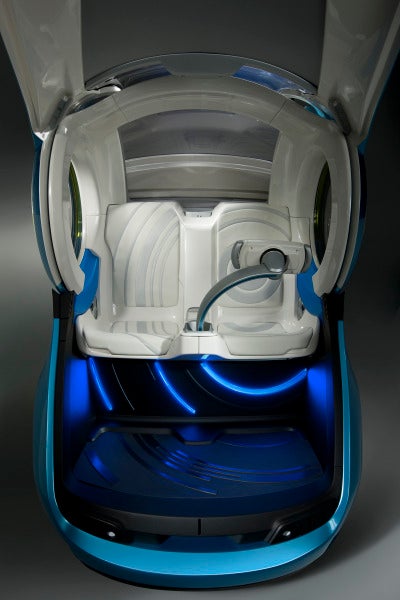 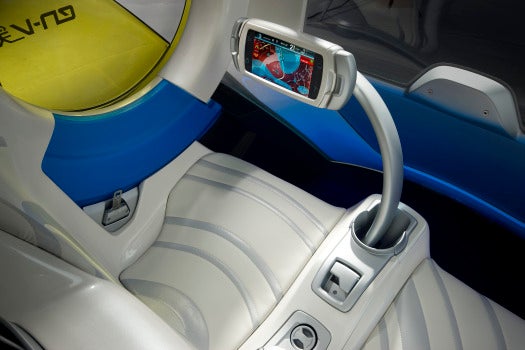 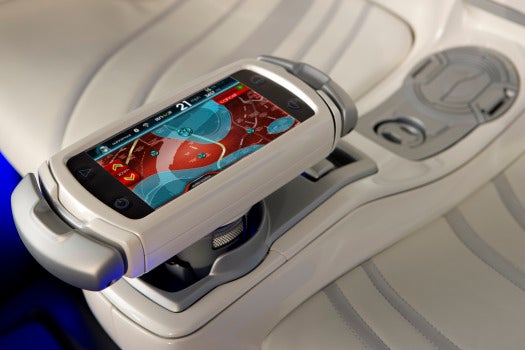 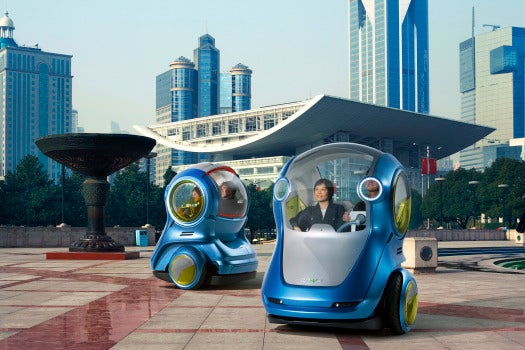 Xiao (Laugh) on the Go 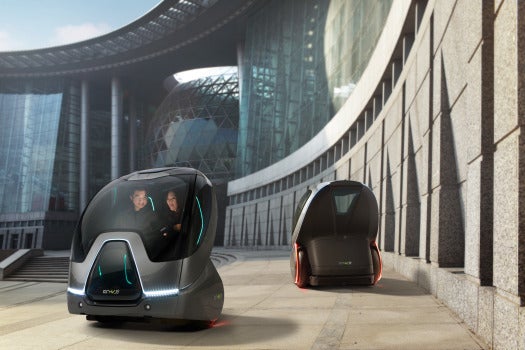