Smart systems that help figure out when to charge electric cars at home and avoid overloading utility power generators have... 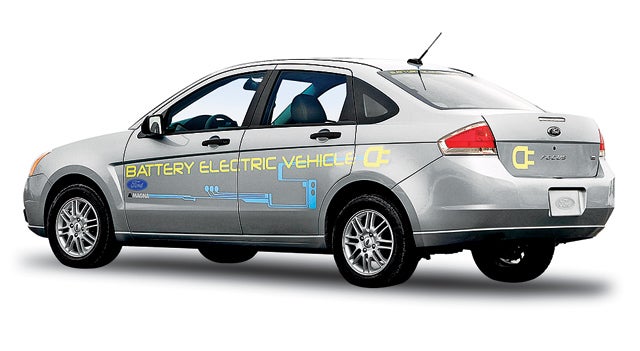 Smart systems that help figure out when to charge electric cars at home and avoid overloading utility power generators have gotten a boost from a new deal signed by Ford and Microsoft. A smart system will first be loaded onto the all-electric Ford Focus, slated to roll out in 2011, ABC News reports.

The system brain takes the form of Microsoft Hohm, which is currently a web-based application that helps consumers track energy usage in their homes. A newer version working in concert with Ford’s Focus would decide the best time to charge cars at lowest cost — such as late at night — and could eventually allow homeowners to tap their charged car batteries to help power home appliances and cut costs.

On the utility side, the smart system would allow utilities to set certain electric rates based on time of day. Hohm would then permit homeowners to presumably adjust their energy consumption accordingly through the day.

Many smart system schemes have sprung up in recent years, ranging from a European effort centered on smart phones to Google’s PowerMeter. But unlike PowerMeter and other services that communicate with a smart meter, Microsoft’s Hohm talks directly with the utility giants.

The new deal announced at the New York International Auto Show certainly sounds like a good partnership for the future of smart energy management. We’ll be interested to see if Google has a response down the line with its own efforts to develop smart-charging software for cars.