Piezoelectric materials that create energy when flexed might go beyond recharging our smart phones and help make hydrogen fuel. Scientists... 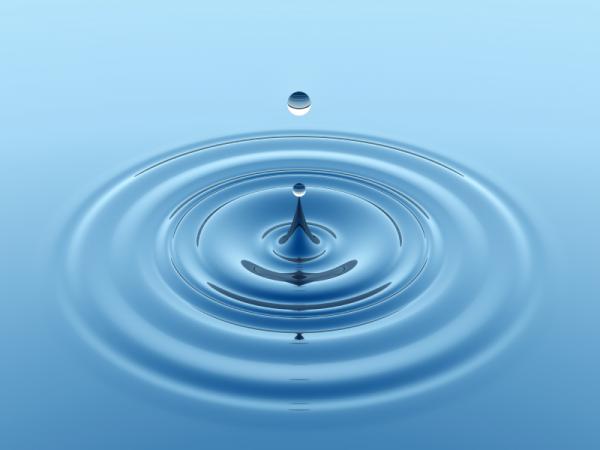 Piezoelectric materials that create energy when flexed might go beyond recharging our smart phones and help make hydrogen fuel. Scientists have harnessed piezoelectric energy from nanocrystal fibers to split water into oxygen and hydrogen gas.

“This is a new phenomenon, converting mechanical energy directly to chemical energy,” said Huifang Xu, a geologist at the University of Wisconsin-Madison. He and his colleagues have dubbed it the piezoelectrochemical (PZEC) effect.

The usual brittle nature of crystals such as zinc oxide and barium titanate gives way to more flexible fibers at tiny scales. The Wisconsin researchers found that the tiny nanocrystal fibers can scavenge energy based on small mechanical “noise” such as vibrations or flowing water.

The chemical energy of hydrogen fuel also represents a more stable method of storage than an electric charge, Xu explained.

This represents perhaps another small (hah!) step toward squeezing energy from many tiny sources. People have harnessed mechanical energy for centuries on the large scale by using waterwheels and dams, but even raindrops should theoretically work in this case.

Perhaps the bigger question mark still hangs over the viability of a hydrogen economy. Other research teams have investigated ways of producing hydrogen through artificial leaves, as well as storing hydrogen within new types of solids. But even with hydrogen fuel-cell cars hitting the road, the supporting hydrogen infrastructure such as refueling stations remains in its infancy.