Light-colored roofs that help reflect sunlight may only work in the summer, but a new smart roof made from waste... 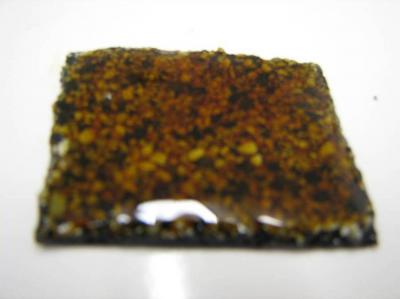 Light-colored roofs that help reflect sunlight may only work in the summer, but a new smart roof made from waste cooking oil can automatically switch between reflecting or absorbing solar heat. Homeowners need not worry about an accompanying smell of greasy French fries, either.

Scientists turned the cooking oil from fast food restaurants into a liquid polymer that hardened into plastic after coating any surface. The plastic material is non-flammable and nontoxic, and could potentially come out in shades ranging from clear to black.

The team at United Environment & Energy LLC in Horseheads, New York can even tweak the grease-derived plastic so that it switches over from reflective to absorption at a specific temperature — perfect for customization based on a home’s location.

Such coatings are expected to last for many years and can easily be reapplied, according to Ben Wen, vice president of United Environment & Energy LLC. Wen anticipates the coating could hit store shelves in about three years.

Kitchen grease has already found some use among car owners who converted their rides into veggie oil guzzlers, and one of PopSci’s own “Invention Award” winners also created a self-contained grease refinery and generator that provides electricity and hot water for restaurants.

But heads up for any DIY-inclined folk who want to recreate their own rooftop coatings — Wen cautioned that ordinary cooking oil poured over a roof will only become a smelly fire hazard rather than an energy-saving boon. That’s because ordinary cooking oil won’t harden into a polymer, and lacks a key ingredient for controlling infrared light levels.