DARPA Wants Roving ‘Smart Cameras’ That Understand What They See

The problem with surveillance cameras is that they can see but they can’t think, which means there always has to... 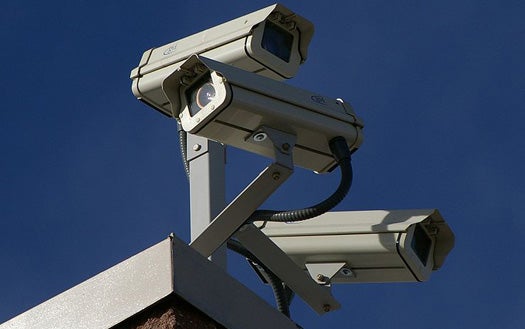 DARPA wants cameras that can interpret what they're seeing. Hustvedt
SHARE

The problem with surveillance cameras is that they can see but they can’t think, which means there always has to be a human on the other end making cognitive sense of what’s right in front of the camera. But if we meshed machine vision with visual intelligence, DARPA argues in a solicitation for its new “Mind’s Eye” program, we could remove the human element from myriad tasks.

In essense, DARPA wants a smart camera that not only sees what’s in front of it, but thinks about what’s going on and even what might happen next.

For humans, taking in our surroundings and applying learned concepts to them is innate. We can use our imagination to apply learned concepts to potential scenarios that haven’t even taken place. These things are so easy to do we don’t even think about them, but they’re very difficult to duplicate in machines.

Machines, DARPA argues, can’t piece the entire mosaic of space together, perceiving only the “nouns” in a given setting. “The focus of Mind’s Eye is to add the perceptual and cognitive underpinnings for recognizing and reasoning about the verbs in those scenes, enabling a more complete narrative of action in the visual experience.”

Applications for such technology abound, but specifically DARPA mentions the need for a smart camera that can “report on activity in an area of observation.” The agency sees such visual devices deployed on fixed surveillance platforms, “camera_equipped perch-and-stare micro air vehicles” and unmanned ground vehicles. But if the technology is such that it can do all the things DARPA wants it to, we think they can do even better.