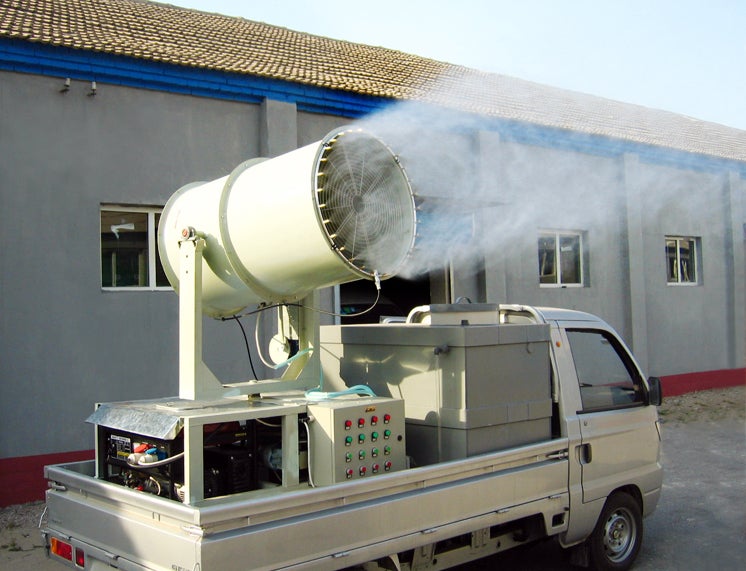 No one loves that trash smell in the morning, and certainly not Beijing residents who have complained about a landfill at the city’s edge. Chinese officials will respond to the Asuwei dump crisis by installing 100 deodorant guns that can literally cover up the problem temporarily with the sweeter smell of fragrance, The Guardian reports.

Each gun can spray gallons of fragrance per minute over distances of 164 feet (50 m), and are made by Chinese firms based on German and Italian technology. Officials also expect to add more plastic layers to cover the site and try to keep the smell down, but all these represent just temporary fixes for a city of 17-million people producing more trash than it can handle.

Recycling remains at a measly 4 percent of all rubbish for Beijing, compared to a 25 percent recycling rate for London or 36 percent for New York. A Beijing waste expert told The Guardian that landfill and treatment sites in Beijing would all fill up in just four years.

Trash incineration takes care of just 2 percent of Beijing’s waste, but building new incinerators has run into a growing “not-in-my-backyard” movement from Beijing residents who have safety fears about the incinerators. Presumably they’re less concerned about the giant fragrance guns.

Aside from the usual recycling and waste treatment solutions, perhaps greater public awareness of where all their coffee cups go could go some ways toward boosting greener practices. MIT has already begun a trash-tracking program that follows thousands of pieces of trash in U.S. and other cities.