Humans have been observing sunspots for over 2,000 years, but never has it been as simple as this. Thanks to... 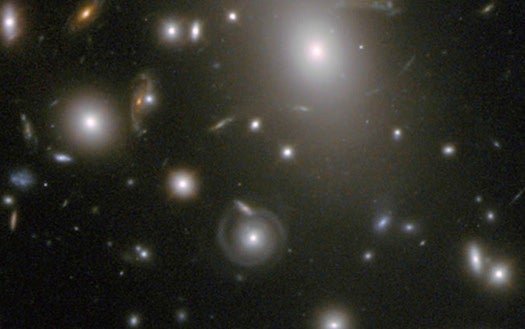 Lucy In The Sky With Diamonds

Humans have been observing sunspots for over 2,000 years, but never has it been as simple as this. Thanks to NASA’s new iPhone app, watching for intense bursts of magnetic radiation is as easy as playing Plants vs. Zombies or checking out the Yelp! review of the closest taco truck.

Written by the team of programmers behind NASA’s news site Science@NASA, the app compiles data from the STEREO spacecraft monitoring the sun. The STEREO program utilizes two different satellites on either side of the sun, and by combining the two different perspectives, NASA can provide the 3-D image seen in the app.

The image in the app covers about 87 percent of the surface of the sun, and represents UV, not visible light, radiation. The white portions of the image represent the spots, whose magnetic turbulence produces higher levels of UV radiation than more placid areas of the sun’s surface.

This is the second app released by NASA, with the first just delivering updates on launches and mission statuses. Already, the Science@NASA team is working on a sunspot 2.0 app that will deliver even higher resolution images of that giant, lovable ball of nuclear fire responsible for keeping all of us alive.