Bringing a new connotation to the term “verbal contract,” researchers at the Secure Information Technology wing over at Fraunhofer in... 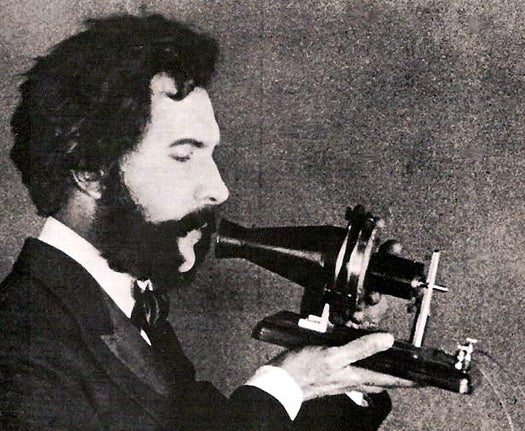 He helped replace the telegraph. He never knew he might replace the fountain pen as well.
SHARE

Bringing a new connotation to the term “verbal contract,” researchers at the Secure Information Technology wing over at Fraunhofer in Darmstadt, Germany have developed a means of creating secure, legally-binding phone archives, meaning two parties can “sign” a contract without ever putting ink to paper.

The method is made possible by the fact that pretty much every phone carrier in the developed world has switched to Voice over IP (VoIP) for voice calls, meaning voice calls travel over the Internet rather than the old public switched telephone network or some other old-school means of transmission. VoIP calls make their way across the Web like other packets of data, which means they can be encrypted, stamped and archived by means more similar to a data file than they could under the old system.

Therein lies the solution to ink and paper — or even “digitally signed” — contracts. The Fraunhofer SIT team designed software that tags the relevant parts of a legally binding conversation and labels them in such a way that they can not later be tampered with, creating a courtroom-worthy recording that is legally binding.

When talks turn to either concluding or amending a contract, both parties are prompted to consent to the recording. The digital signature software begins recording and blocking the conversation into intervals, stamping each block with an encoded tag as it goes. The recording is chopped into blocks for security purposes, but the stamps create a secure chain. Any later alteration of the recording will break that chain and be easily noticeable.

Aside from adding legal clout to deals made over the phone, the tech has serious everyday applications that could make life a lot easier, like when you need to close that bank account that’s still open in your old hometown, or some insurance docs need to be filed on deadline in Cleveland when you’re on a business trip in Hong Kong. And while it’s not quite as friendly as a smile and a handshake, “let’s talk this over” is plenty more cordial than “I’m going to need that in writing.”