Ships that appear in perfect working order except for a missing human crew would normally raise suspicions that something has... 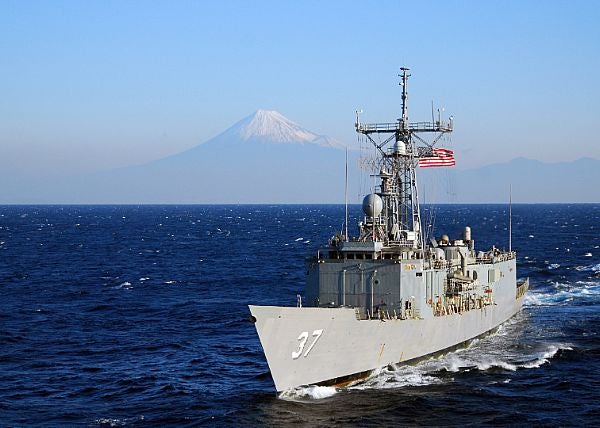 Ships that appear in perfect working order except for a missing human crew would normally raise suspicions that something has gone terribly wrong, possibly in the vicinity of the Bermuda Triangle. Yet an unmanned frigate is exactly what DARPA’s mad scientists at the Pentagon have ordered, according to The Register. The automated ships’ mission would have it spending months cruising the seas unmanned, on the hunt for ghostly enemy submarines.

Needless to say, such a ship would need to run all that time without maintenance, and with just intermittent communication with the home base. DARPA also wants the warship to automatically obey safe navigation rules at sea and avoid collisions with other seafaring vessels.

Such automated frigates would replace the manned ships or submarines normally tasked with shadowing foreign submarines. But the Anti-submarine warfare Continuous Trail Unmanned Vessel (ACTUV) would use active sonar to loudly ping the ocean depths and pick up on the echoes from submarines, rather than opt for the stealthier approach of a manned vessel.

Nuclear submarines could possibly outrun their robotic stalkers, but diesel-electric submarines would have no luck. And the open-stalker approach of ACTUV means that it need not worry about “Crazy Ivan” maneuvers.

The U.S. Navy has already equipped its submarines with small unmanned drones that can act as scouts, communication nodes or even weapons platforms. So we look forward to the future where robots fight robots, and the humans just stand around picking up the pieces.