This shot seems a bit below the belt ... Orion's belt 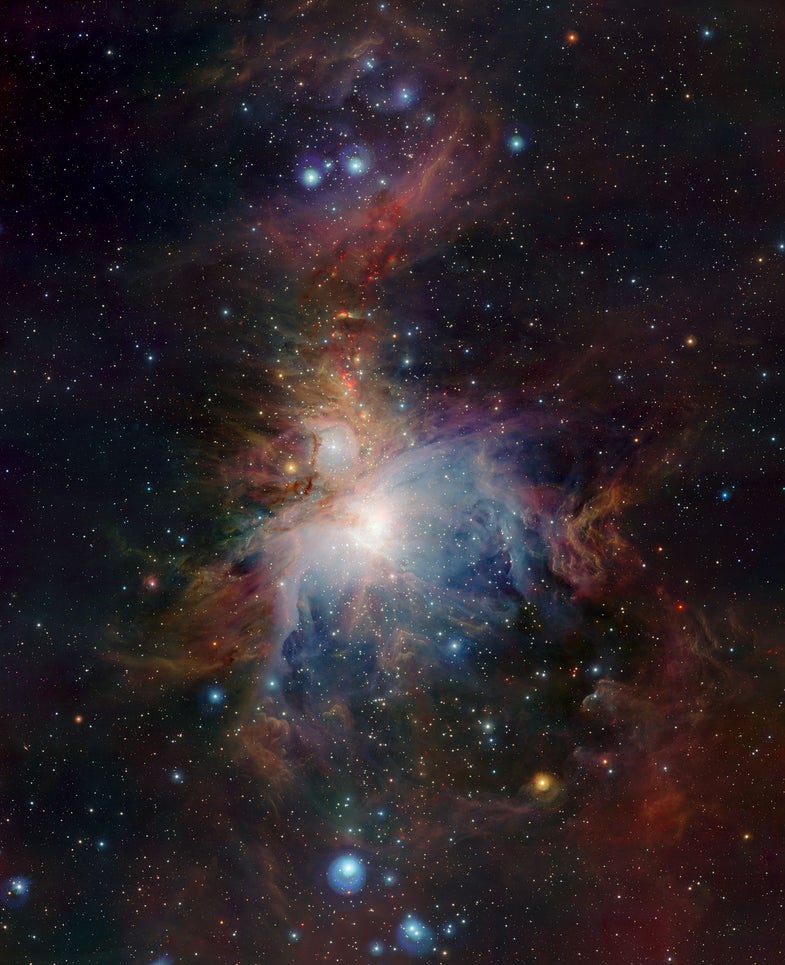 Amateur and professional astronomers alike know the Orion Nebula as one of the most recognizable constellations in the night sky, and a new image from Europe’s powerful VISTA telescope has captured it in a stunning new light. But rather than just seeing the visible cloud of gas enshrouding the stellar nursery, VISTA turned its infrared vision upon the young stars emerging in and around the nebula.

Four such youngsters at the center of the nebula have cleared out their immediate surroundings with ultraviolet radiation that causes nearby gas to glow. A red region directly above the center of the image reveals young stars that continue to form amidst clouds of interstellar gas. Such stars can eject gas at speeds of almost 435,000 miles per hour (700,000 km/hr).

Fainter red features below the Orion Nebula also represent lesser spots of activity where stars are being born.

Those features would typically be hidden from ordinary visible-light telescopes. But don’t let that stop you from pointing your own camera toward the night sky — as PopSci’s Eric Adams noted in his DIY astrophotography guide, it’s all worth the trouble.