NASA can put humanoids on the Moon in just 1000 days. They would be controlled by scientists on Earth using... 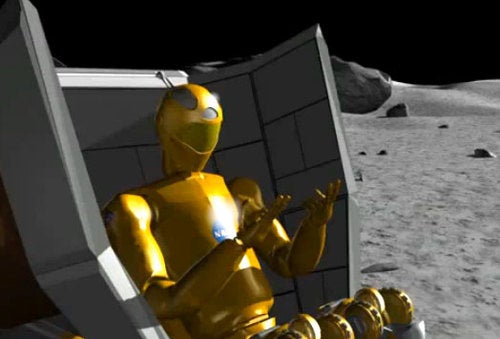 NASA can put humanoids on the Moon in just 1000 days. They would be controlled by scientists on Earth using motion capture suits, giving them the feeling of being on the lunar surface. I’d pay to use one.

Back in the Lunar exploration days, scientists had to tell astronauts what to do up there, and how to identify interesting things during the limited time they had. For Apollo 15, the first mission that carried the Lunar Rover, astronauts were trained in field work by Caltech geologist Leon Silver. 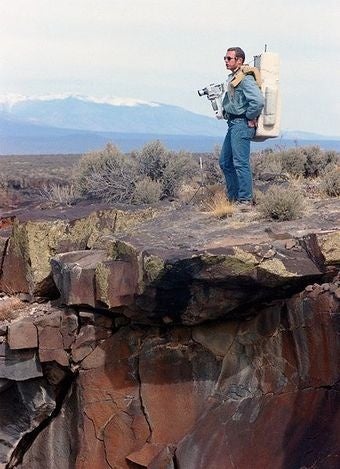 That helped them to move faster and look at the ground with a critical science eye, knowing what they were looking for. The result: Their findings and samples were a lot more valuable to scientist back on Earth, confirming theories that weren’t confirmed till then.

Now imagine these NASA C-3POs roaming our satellite, controlled by all kind of scientists using telepresence suits down here, all looking for interesting things using high definition visors, and able to move just like they would move on planet Earth. It won’t work for Mars, but with a communication delay of only three seconds, it will work beautifully on the Moon.

The 1000-day mark is quite plausible, since the mission would be a lot simpler than a human-based one. It will also be quite cheaper than the real thing. First, you don’t have to care about life support systems, which will make spacecraft manufacturing a lot less complex. The whole system would also weight a lot less, reducing the need for the development of a huge rocket, and again reducing the costs.

What about the human factor I’m always defending? Well, we know that, sadly, we’re not going to get astronauts anywhere any time soon, so this is definitely the best alternative. It won’t be as inspiring as humans going back to the Moon or establishing a semi-permanent colony, but it could have an extremely positive effect on science.

Whoever did this at NASA should put together an actual budget as soon as possible. And while you are at it, make it possible for regular people to use one, maybe at the Johnson Space Center or some selected museums through the world. That will definitely inspire people.