The DIY miniature satellites known as CubeSats have a lot going for them. They’re cheap, they’re easy to program, and... 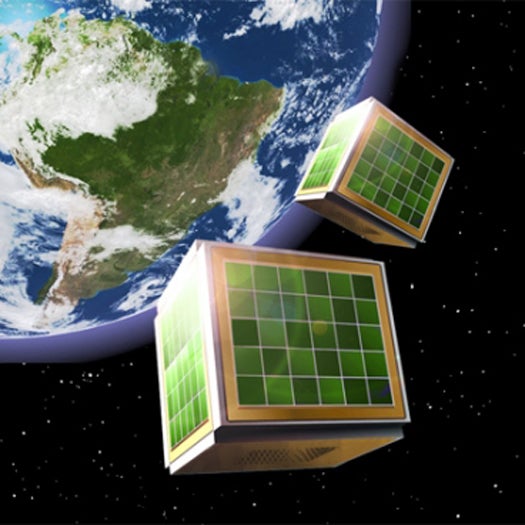 The DIY miniature satellites known as CubeSats have a lot going for them. They’re cheap, they’re easy to program, and they’re small. That last benefit also adds a downside, in that the CubeSats are too small to sport any propulsion systems. MIT is looking to change that by creating an ion propulsion system so small that it will take up less than 10 percent of the already tiny Cubes.

To help save space, the propulsion system works slightly differently than a regular ion drive. In a conventional ion engine, electricity charges a liquid propellant in a special chamber on board the spacecraft, and then lets loose the propellant.

In MIT’s engine, the propellant is pre-charged on the ground, and placed in small needles. When an electric charge runs through the needle, it expels the propellant. And since each needle is essentially its own engine, the entire system is completely customizable and modular.

For the governments, schools, and companies that use CubeSats, these engines would provide two major benefits. First, it would allow the satellites to change their orbit, and thus the range and area the satellite can survey. Second, it allows the operator to knock the satellite out of orbit and into Earth’s atmosphere, thus preventing old satellites from remaining in orbit as dangerous space junk.

The MIT scientists believe they can have a working miniature ion propulsion system ready for the CubeSat within three years. Their current schedule calls for a prototype within four to five months, and then testing for another year or two.