It’s a sight captured by many a late-night stargazer: a shuttle streaking through the dark sky on its way to... 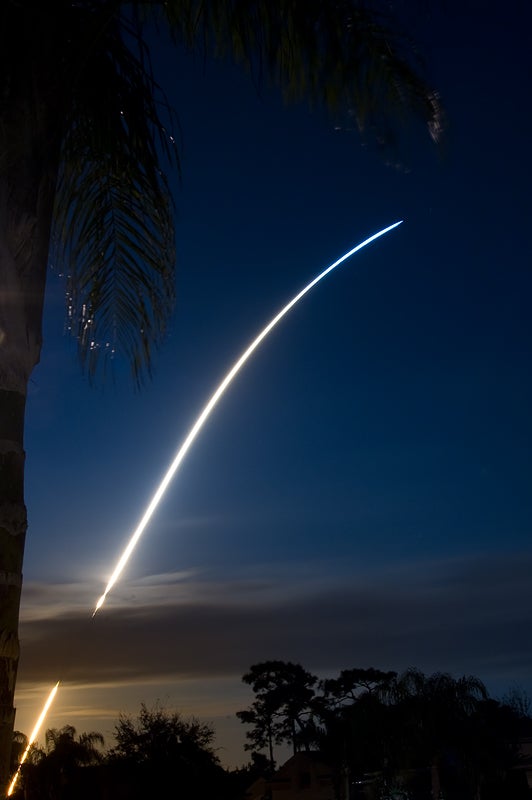 The "final" night launch to the International Space Station took flight at 4:14 in the morning February 8, 2010. The cargo being taken to the ISS are the Cupola. There is one more flight for Endeavour and it will be the second to last of five missions to the ISS before the shuttle fleet is retired this year. http://www.flickr.com/photos/kuyabic
SHARE

It’s a sight captured by many a late-night stargazer: a shuttle streaking through the dark sky on its way to orbit. Last night, a gorgeous predawn launch of the space shuttle Endeavour marked the last scheduled night launch ever for the retiring NASA vehicle, even as NASA looks forward to a new age of commercial spaceflight. All four of the remaining shuttle flights are slated for the daytime, SPACE.com reports.

The 13-day mission’s highlight involves bringing a huge new window to the International Space Station, so that residents of the orbital outpost can better direct the robotic arm and maybe even snap some prettier Twitpics. The window’s addition in the new node would bring the space station to about 90 percent completion. 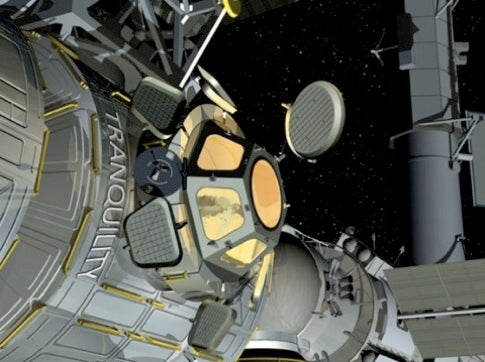 It’s just one bittersweet part of the long goodbye for the shuttle. The vehicle’s retirement will not only have ripple effects on NASA employees and Florida’s economy, but also marks the beginning of a transition toward relying more upon private vehicles to launch cargo and crew into low Earth orbit. The Obama administration’s recent budget for NASA killed plans for the Ares rockets to replace the space shuttle, and instead refocused the U.S. space agency on more deep space exploration.

Readers curious about how the new space age might look can consult PopSci’s January issue that covers the impending commercial space rush.