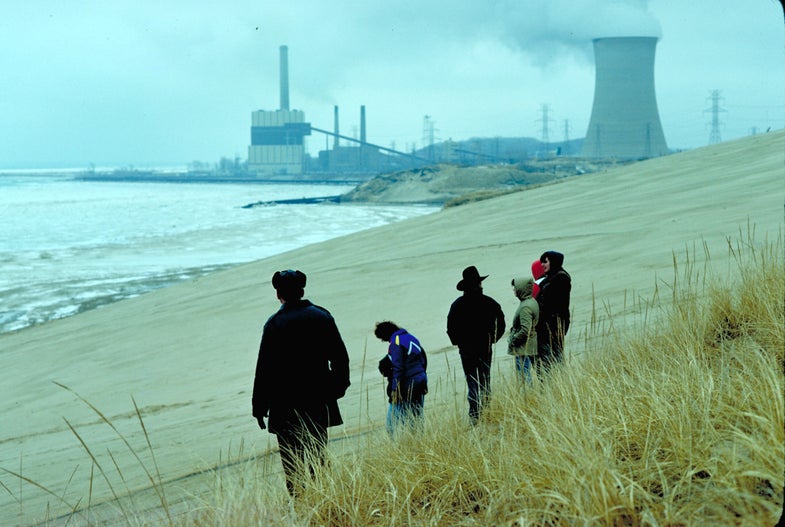 Pollution and ravenous Asian carp may threaten the U.S. Great Lakes, but the Obama administration has now put forth a four-year, $475-million rescue plan that would clean up the huge lake ecosystem and institute a “zero tolerance policy” against future incursions by invasive species, AP reports.

The Great Lakes supply drinking water to more than 30 million people, and also support regional shipping, outdoor recreation, tourism and manufacturing. This latest effort goes toward fulfilling a campaign pledge by President Obama to spend $5 billion over a decade on rescuing the lakes, and will launch under the aegis of the Environmental Protection Agency.

Goals for 2014 include cleaning five toxic hot spots, cutting down the invasive species discovered in the lakes by 40 percent, reducing phosphorus runoff, and extending protection over almost 100,000 acres of wetland.

Part of the plan also involves saving native species such as the massive lake sturgeon, a prehistoric fish that can reach 8 feet and 200 pounds. The plan would provide 25,000 young sturgeons for restocking programs, and also try to combat overfishing and loss of habitat.

The proposal has largely drawn praise from environmental groups. But one quibble comes from the Healing Our Waters-Great Lakes Coalition, which says that too much restoration money has gone toward fighting the Asian carp that threaten the region’s $7 billion sport fishing industry. Instead, the coalition suggests that such funds should come from another part of the federal budget.

Keeping the Asian carp down has proven a tricky battle for the U.S. Army Corps of Engineers, which has deployed electrical barriers and mass poisoning to try and keep the intruders from spreading.