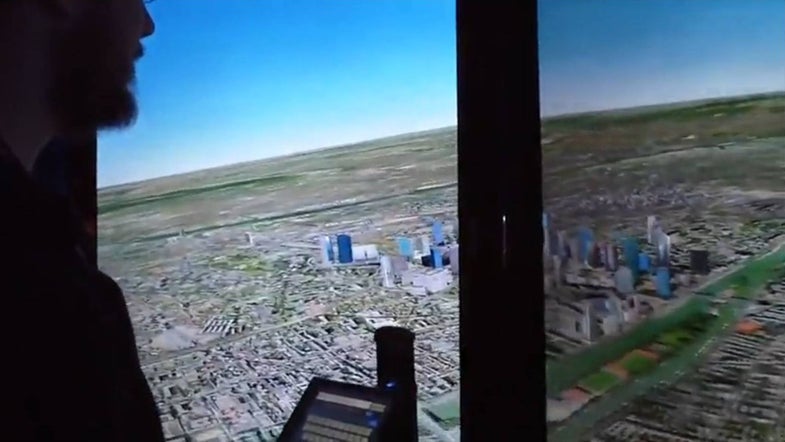 Someone at Google apparently took pity on the poor users who can only explore Google Earth on their laptops. Jason Holt used his 20 percent project time to create a wraparound view of a modified Google Earth engine, and splashed it across 8 LCD screens in an immersive viewing booth. The result provides a view not unlike that from a starship’s bridge, and allows users to seamlessly explore a virtual environment of the Earth, moon, and Mars — an experience that Google has dubbed “Liquid Galaxy.”

This TED 2010 video showcases Holt running his demo on eight Linux machines and navigating with a six-axis mouse. He also makes use of voice-issued commands to zoom out from San Francisco, California and travel across the globe to check out India’s Taj Mahal. We personally can’t wait to see the same display with an augmented Google Earth that includes people, cars and clouds.