Gene Therapy Is Inevitable Next Frontier for Sports Doping 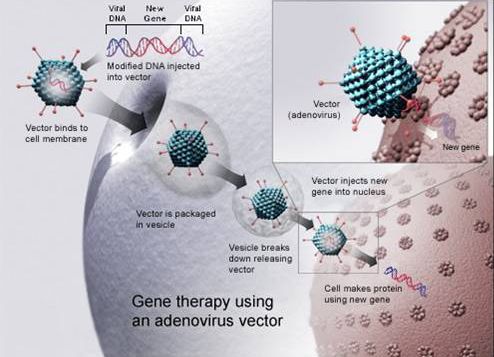 Steroids seem so last-decade, now that gene therapy has caught the eye of athletes looking for a competitive edge. But scientists warn that gene therapy still represents a high-risk, experimental practice even within medicine, and that athletes could endanger their lives by giving it a try.

Gene therapy has shown promise in a few treatments by helping swap out defective genes or changing the degree to which genes turn on and off. For instance, it has helped establish some immune system function in so-called “bubble children.” But researchers have become extra cautious with gene therapy ever since the death of 18-year-old Jesse Gelsinger during a 1999 research trial.

Unsurprisingly, the practice has been banned by the World Anti-Doping Agency that regulates sports. But experts writing in the journal Science fear that gene therapy may still tempt athletes eager to duck the stringent drug testing at events such as the upcoming Winter Olympics in Vancouver.

A German coach and a Chinese lab have already been flagged for trying to obtain gene delivery treatments that boost erythropoietin (EPO) production. EPO leads to a surge in red blood cells that carry oxygen in the human body, and has become somewhat of an item among endurance sports athletes. Doping tests can still pick up on signs of the gene therapy if they are done soon enough.

Gene therapy experiments in monkeys have managed to [recover sight in the colorblind and even increase muscle growth. Yet another gene therapy trial meant to boost red blood cell production led to fatal anemia in some monkeys, which highlights the unpredictability of the method.

This is just the latest in a long line of debates over athletic enhancements. We previously covered the question of cyborg athletes and whether prosthetic limbs give people an edge. But at least prosthetic users don’t take their lives into their own hands. Any athletes willing to risk it all on gene therapy for Olympic glory would be doing just that, scientists said.