On DARPA’s List: a Real-Time, 3-D Picture of The Earth Beneath Our Feet

DARPA wants to know what’s happening in the skies overhead and seeks full situational awareness on the ground, so we... 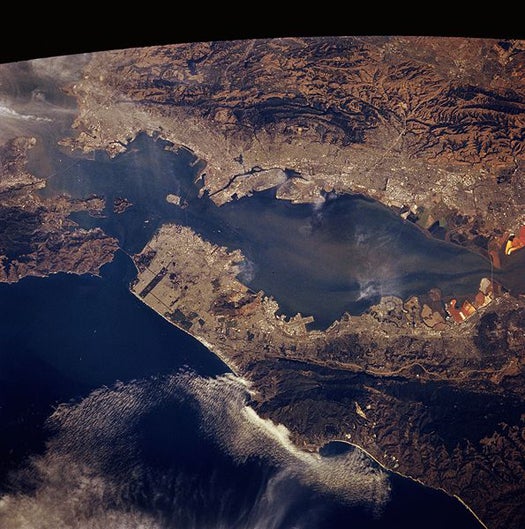 DARPA wants to know what’s happening in the skies overhead and seeks full situational awareness on the ground, so we suppose it’s no surprise that now it wants full, real-time surveillance of what’s happening beneath the surface. As part of the agency’s fiscal 2011 budget, $4 million will go toward creating a system of sensors and algorithms that will create real-time 3-D maps displaying “the physical, chemical, and dynamic properties of the earth down to 5 km depth, including natural or man-made structures at militarily- relevant spatial scales.”

Sounds reasonable enough. From where you are sitting, there’s something like 8,800 miles of crust and mantle between you and the core, and humans don’t really know a whole lot about it from a day-to-day perspective. We’ve literally just scratched the surface when it comes to physical exploration; the rest of what we know about the Earth beyond about ten miles is more or less theory and inference. That’s not to say those theories or inferences are flawed, but a lot of what we do know about the Earth comes from data collected from above.

Getting a snapshot from below, however, is something else entirely. Add real-time and 3-D to the equation, and the project becomes pretty ambitious. But as always, DARPA has goals for its “Transparent Earth” program:

The program will focus on two key challenges: the first is to develop a common data model for, or mathematical description of, a three-dimensional section of the earth, to enable aggregation of disparate measurements. The second challenge is to take advantage of emerging sensors and natural indicators of subsurface activity and combine these (along with existing sources) with new algorithms/mathematics to estimate physical/chemical properties for volumetric elements throughout the earth.

Using algorithms to predict what’s going on behind the curtain is nothing new of course, but DARPA hopes that by layering a sophisticated sensor layer over our existing knowlege and combining that with the math, we’ll end up with a global 3-D rendering that shows us what’s happening up to 3 miles underground.

To what end? With such knowledge, DARPA would have a much better grip on what the Earth’s crust has in store for us, be it cataclysmic events like volcanic eruptions or gradually unfolding processes like the formation of a mountain range or the shifting of techtonic plates. In theory, it could even help us to get the jump on earthquakes.

But DARPA makes no bones about it right in the budget wording: Transparent Earth data is going to the Army, Air Force, SOCOM and intelligence organizations, hopefully by 2015. The crux: for enemies of America, “going underground” may no longer be an option.