Chinese Scientists Would Feel “Blind” if Google Pulled Out 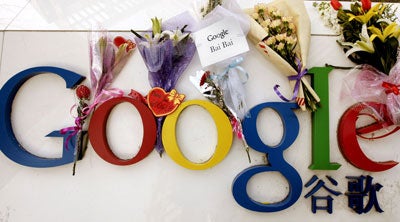 Most Chinese citizens may still rely on homegrown Baidu for their Internet search needs, but Google’s threatened pullout apparently worries the vast majority of Chinese scientists surveyed by the journal Nature. “If I lose Google, it will [be] just like a man without his eyes,” one respondent said.

The recent troubles between China and Google began when the U.S. Internet search giant announced that it had suffered unprecedented cyber-attacks by Chinese hackers. The attacks not only targeted the Gmail accounts of human rights activists and stole intellectual property from Google, but also struck more than 30 other U.S. companies.

As a result, Google announced that it would no longer censor search engine results per Chinese government rules, and that it might pull out of China entirely if it could not operate freely. But the Google executives have softened their tone in recent days about a possible pullout, and continues operating its Chinese service even today with the usual censorship restrictions in place.

Some Chinese bloggers and other netizens clearly expressed unhappiness with the idea of Google going bai bai in China. Yet Chinese scientists in particular rely heavily upon Google’s search results to find academic papers, make contact with other scientists and stay up to date on scientific discoveries.

One Chinese ecologist compared life without Google to being like “life without electricity,” and about 75 percent of the 784 scientists surveyed said that they rely primarily on Google as the main search engine for research.

About 84 percent of the scientists surveyed said losing Google would “somewhat or significantly” hinder their work, and 78 percent said that their international collaboration with other scientists would suffer.

The loss of Google would not leave Chinese scientists completely bereft — half said they would switch to China’s Baidu search engine — but Baidu is much less useful for doing English-language searches for research outside China. Those eager to still access Google’s tools can only hope that the China-Google negotiations turn out well.