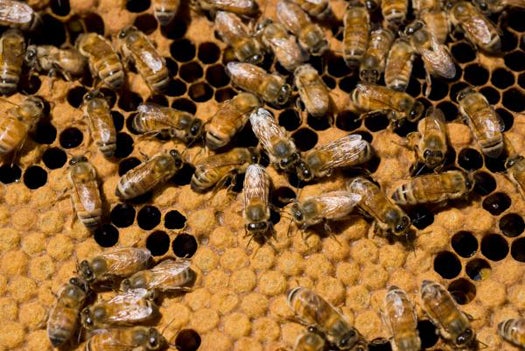 Good news for those of us that are into biomimicry. UAVs modeled after maple seeds, bone glue modeled after sea worms, shoes that let humans walk up walls like spiders — our long wait for artificial insect silk could be nearing the end. Australian researchers have managed to pull threads of honeybee silk from a stew of transgenically-produced silk proteins, meaning cheaper, stronger lightweight textiles and composites with myriad uses could be around the corner.

The threads the researchers produced were as strong as threads of honeybee silk pulled straight form the insects themselves, threads which though thin are remarkably sturdy. Unlike silks that come from moths or spiders, honeybee silks consist of coiled coils — a protein structure where multiple helices wrap around multiple helices. The result is a high-strength thread that can be further woven together to make all kinds of durable materials.

Researchers have been studying the genetics behind silk production in nature for years, but it was recombinant E. coli bacteria, not honeybees, that finally made artificial construction possible. The cells of bacterium produced the silk proteins which, with a little prodding, self-assembled into the proper structure to mimic honeybee silk.

Applications for the hearty little fibers are vast, including stronger textiles, lightweight composites for marine and aviation use, and medical uses like artificial tendons and ligaments.