I see you, space shuttle 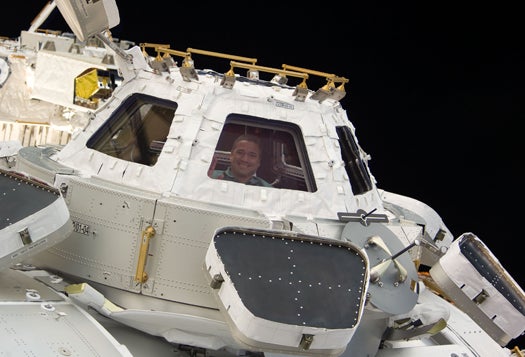 Why is this man smiling? Oh right

Space shuttle Endeavour has landed safely after installing a new observation deck on the International Space Station. But the Endeavour astronauts didn’t leave without first checking out the new view from the cupola window.

Here we get a view of George Zamka, NASA astronaut and STS-130 commander, peeking out from the newly-installed cupola on February 19 while the space shuttle remained docked with the space station.

ISS resident Soichi Noguchi has already made good use of the cupola to take pretty Earth Twitpics with his 800mm lens camera.

Speaking of Noguchi, the astronaut also took advantage of his fresh vantage point to capture this stunning image of the space shuttle making an s-turn while undergoing atmospheric reentry on its return home. 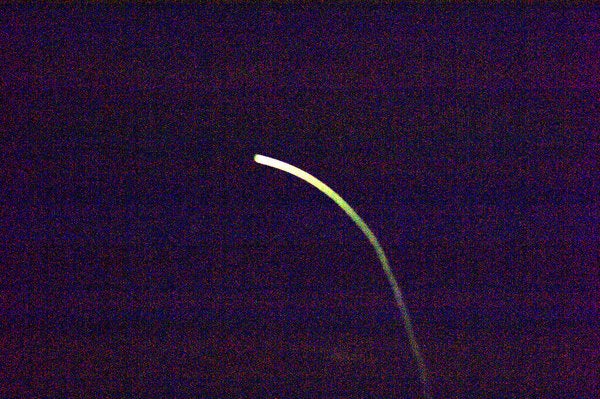 Besides providing stunning sights, the cupola gives ISS residents a better view to control the space station’s robotic arm. That feature should come in handy, considering that NASA’s new budget has extended the space station lifetime until at least 2020.