But can it shoot down skeeters? 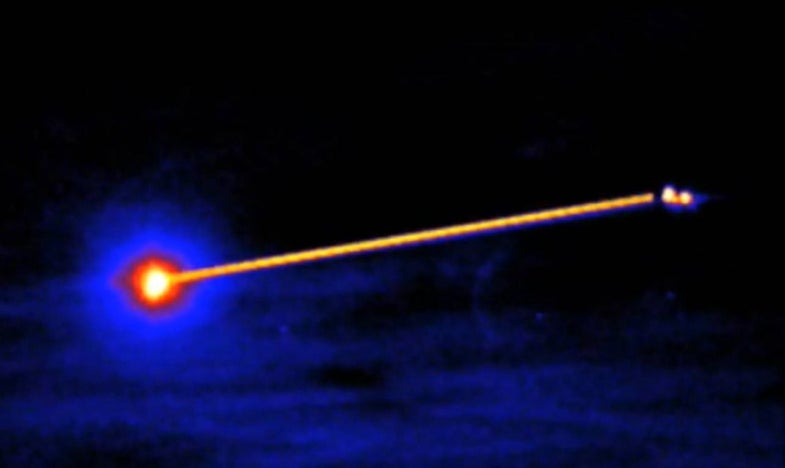 Futuristic airborne energy weapons have officially arrived, so mark your calendars. The U.S. Missile Defense Agency said that its airborne laser weapon successfully shot down a ballistic missile during a test late last night, according to Reuters.

The lethal intercept followed up on a demo last August that showed how the airborne laser could paint a target missile in-flight. We showcased the video of the earlier test that showed the laser from the modified 747 jumbo jet tracking the dummy rocket, which took place near San Nicolas Island off the California coast. Yesterday’s shoot-down occurred at Point Mugu’s Naval Air Warfare Center-Weapons Division Sea Range off Ventura in central California.

The Airborne Laser (ABL) has represented an ambitious but under-funded weapon system that also suffers from a high price tag, cumbersome deployment and cost-intensive recharging between bouts of laser firing. But at least the tests could perhaps provide better data for better, electrically powered lasers or naval-launched interceptor missiles.

For now, the military’s fascination with laser applications allows us to enjoy videos of airborne lasers burning trucks. And scientists have even applied lasers to the flying targets at the smaller size range.