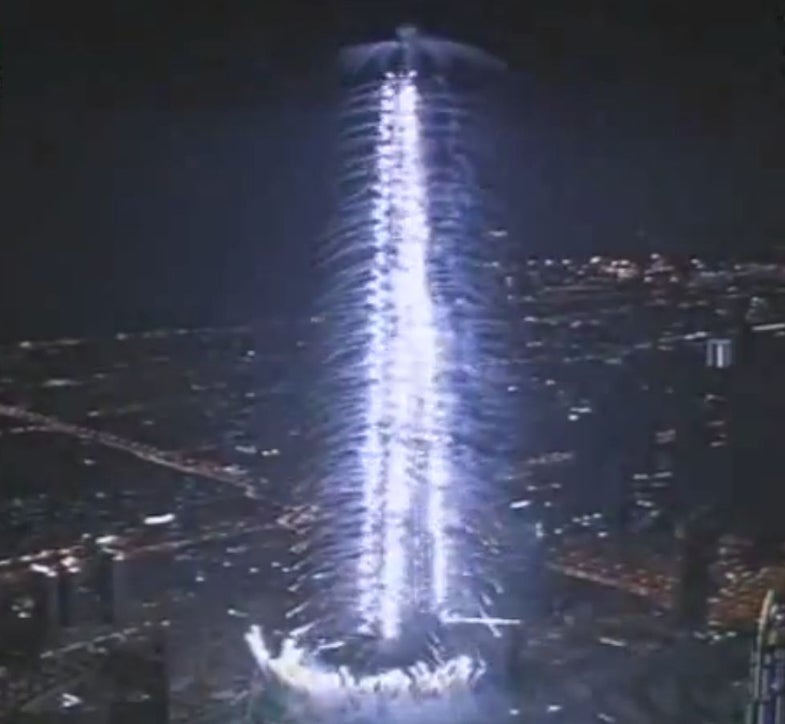 Dubai is looking forward to better times. What better way to ring in the New Year than by claiming the world’s tallest building?

The 160-story Burj Dubai, now renamed the Burj Khalifa, stands at an estimated 2,684 feet tall, and soars far above former titleholder Taipei 101 at just 1,670 feet tall. The Wall Street Journal notes that one-bedroom apartments in the mega-skyscraper sold at $2,776 per square foot at the height of Dubai’s property boom — one of the most expensive apartments at the time sold for more than $3.5 million.

Building the best manmade rooms with a view requires some tricky engineering to withstand 120-mph winds, as we noted early on during the building’s construction.

The surprisingly thin tower contains a six-sided concrete and steel core supported by more concrete walls holding up the three wings of the Y-shaped skyscraper, according to the Chicago Tribune. That design came courtesy of Chicago architects Skidmore, Owings & Merrill, as well as former design partner Adrian Smith.

Dubai is banking on the $1.5 billion tower and a related $20 billion development to help resurrect its status as a commercial megapolis that can host the biggest and best events around, including a huge airshow.

Whether or not the gamble pays off, the Burj Dubai has already succeeded in providing some of the scariest and shakiest YouTube footage to date at its pinnacle.