Many next-gen supercomputers try to imitate how brain cells communicate and build digital versions of neural networks. Now the BBC... 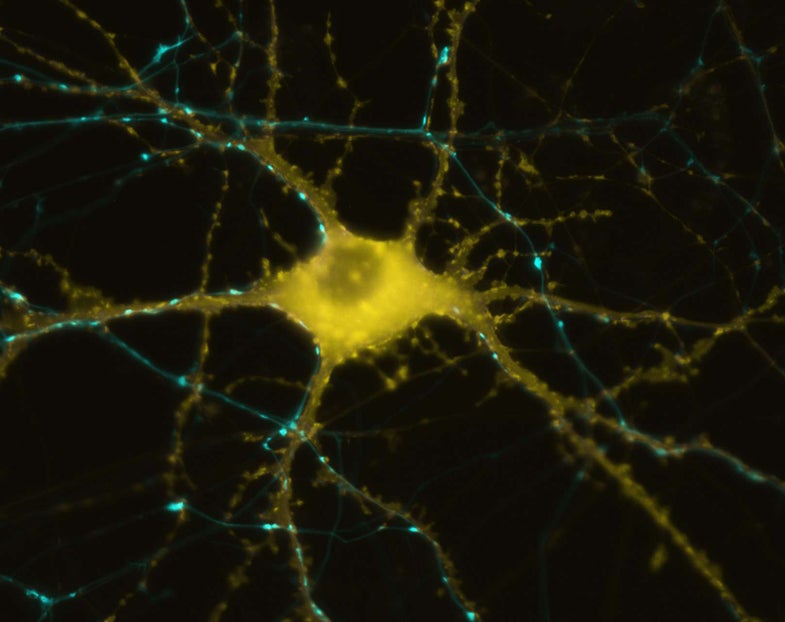 Many next-gen supercomputers try to imitate how brain cells communicate and build digital versions of neural networks. Now the BBC brings word of the most ambitious project yet — a “wet computer” that will literally simulate neurons and signal processing on the chemical level.

The $2.6 million effort aims to do what existing computers can’t, including control tiny molecular robots or direct chemical assembly of nanogears. It may also aid the rise of intelligent drugs that react smartly to chemical signals from the human body.

The biologically-inspired computer does not harness living cells. Instead, it will use chemical versions that still spontaneously form coatings similar to biological cell walls, and can even pass signals between the chemical cells.

Such chemical cells can also undergo a “refractory period” after receiving a chemical signal. No outside signals can influence the cells during that period, and so the self-regulating system prevents an unchecked chain reaction from triggering many connected cells. That level of organization means that such chemical cells could form networks that function like a brain.

The European Union-funded project does not officially kick off until February, but Polish researchers have already begun tinkering with the chemical layers that would form the cell walls.

This wet computer may also point toward the future of supercomputers, even though it does not aim to make a more powerful computer. Experts say that a system more similar to the brain than any other before it stands a better chance of someday creating computers that can rival the human brain — never mind digital rats or the feline mind.