Video: Artificial Organs Made With A Printer, Grown From Scratch 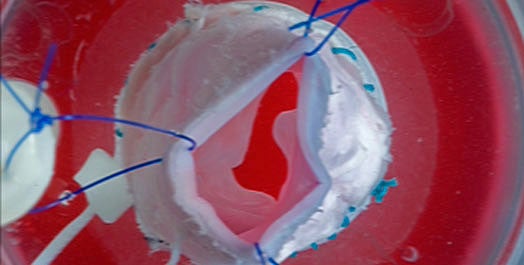 In 2006, Anthony Atala conducted a routine organ transplant. Well, the procedure was ordinary, but the organ being transplanted was anything but. The organ wasn’t donated by another person, but grown in the lab by Atala and his colleagues. This feat landed Atala on our Best Of What’s New 2006 list. Now, in a new TED talk, Atala goes into detail about his work, explaining how they grow the organs, and what he’s working on now.

The TED audience is notoriously easy, ooh-ing and aah-ing at every speaker. But Atala is the real deal. Over the last decade, he has taken a technology that would have been considered magic in an earlier time and made it a reality. Hell, printing organs from scratch? Part of me is still convinced there’s wizardry afoot at his Wake Forest University institute.

But don’t take my word for it, check out Atala’s TED talk in the video below. If you aren’t awed by the boundary-pushing medicine Atala’s developed, you simply don’t have a heart. Luckily, he can whip one right up for you.