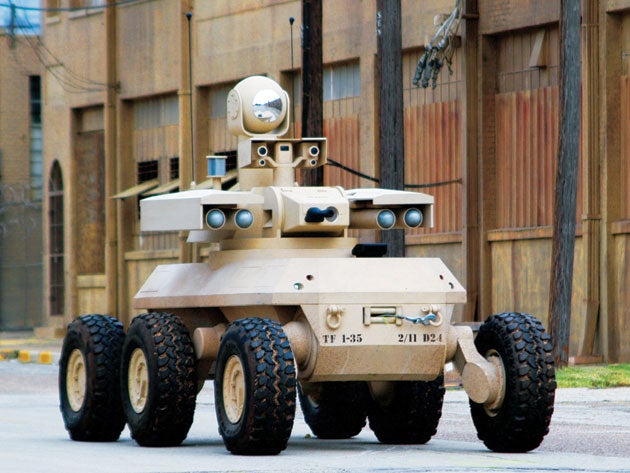 Judgment Day has come for the machines, or at least two robotic warriors once slated for the U.S. military’s arsenal. The budget cut casualties include a mine-sniffing, six-wheeled transport called the MULE, and an autonomous helicopter called the Fire Scout, according to The Hill.

So fell some of the last remnants of the U.S. Army’s grand $160-billion vision for Future Combat Systems (FCS). We had previously seen how Defense Secretary Robert Gates eliminated most the FCS fighting vehicles and left a leaner network of soldiers, surveillance drones and sensors.

All remaining technologies are now grouped under the Army Brigade Combat Team effort, as Wired’s Danger Room points out. The survivors include smaller robotic vehicles and aerial drones usable by individual warfighters on the ground.

Some might see this as evidence that even robots are not recession-proof. But the military clearly still wants robots operating on the frontlines — it’s just prioritizing those systems that can make the most difference on today’s battlefield.

As the U.S. Army noted regarding the elimination of the MULE vehicles, they “did not meet rapidly changing threats, nor meet the Army’s future mission needs.” But DOD Buzz clarifies that the armed variant of Lockheed’s MULE remains alive and kicking.

[The Hill via Wired’s Danger Room]