Undersea Cables Could Be Used as an Early Tsunami Detection System 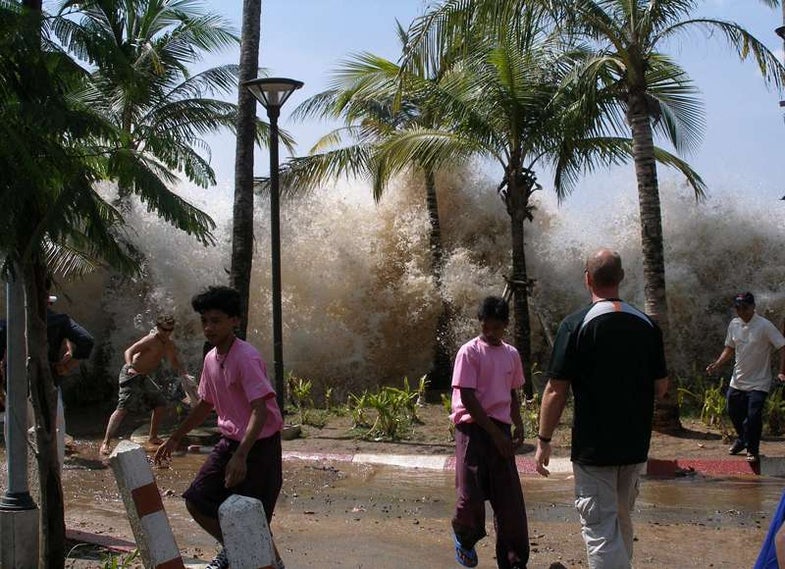 Monstrous tsunami waves, like the one that killed over 200,000 people in the Indian Ocean in 2004, create an electric field as they form. This field could possibly be sensed by a network of underwater sensors. Such a network would be extremely valuable but also prohibitively expensive to build. Researchers at the National Oceanic and Atmospheric Administration (NOAA) propose, however, that the existing large network of undersea communication cables could be used instead. That finding could lead to early warnings that may complement existing tsunami warning systems.

Salty seawater conducts electricity and generates an electric field as it sloshes through Earth’s geomagnetic field. NOAA used computer models to estimate the size of the electric field created by the devastating 2004 Indian Ocean tsunami as it moved over major submarine cables. The 2004 incident killed 140,000 people around Indonesia’s region of Banda Aceh alone.

“We estimate that the 2004 tsunami-induced voltages of about 500 millivolts (mV) in the cables,” Nair said. “This is very small compared to a 9-volt battery, but still large enough to be distinguished from background noise on a magnetically quiet day.”

Tsunamis can travel at the speed of jetliners, and have resulted in the past from landslides, volcanic eruptions and even meteors that may have wiped out the dinosaurs. Scientists currently rely upon a global seismometer network to detect earthquakes that might trigger tsunamis, but only deep-ocean pressure sensors and coastal tide gauges can sense an actual tsunami wave.

Such rare but potentially catastrophic events have garnered plenty of attention in the U.S. and elsewhere, and so here’s hoping that NOAA can figure out how to effectively identify the monster wave’s signal from background noise.