Not sure what to get your favorite Saudi prince or former FEMA chief for their next birthday? Well, look no... 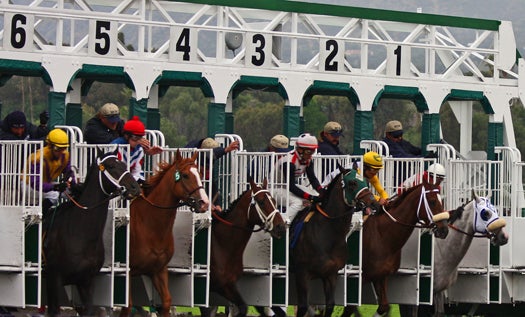 Not sure what to get your favorite Saudi prince or former FEMA chief for their next birthday? Well, look no further than an affordable genetic test for their prize horse. According to a new paper in the Public Library of Science (PLoS), scientists have identified the gene that allows faster running in horses, along with the different alleles that specialize the horse at short, medium, or long distance racing.

The scientists, working from University College in Dublin, Ireland, found the same variants of the muscle mass-regulating protein myostatin in 179 different race winners. Currently, horse owners can’t tell how their horses will run until they get them on the track. With the discovery of this gene, and last year’s founding of the horse genetics company Equinome, owner’s can now test horses at birth to see if they have the genes of a champion.

This discovery resulted directly from the completion of the Horse Genome Project, which wrapped up in 2007. With a complete genetic map, University College geneticist Emmeline Hill was able to isolate the myostatin gene, as well as the gene that leads to earlier maturation, a significant racing advantage.

Right now, the tests cost $1,400, and can be conducted on as little as a few drops of blood. With such a cheap and accurate test available, it’s unlikely that the world’s most promising colt will ever again get traded on a coin flip and remain unnamed for a year.