Your Next Invisibility Cloak Might Be Made of Water

Invisibility cloaks continue to taunt us in 2010 with their promise of Harry Potter-style shenanigans. But New Scientist points to... 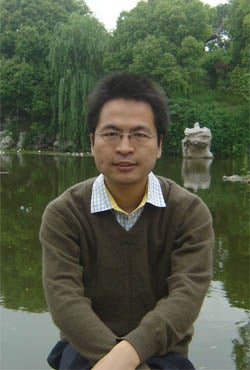 A possible master of invisibility, or at least nanoparticle manipulation. Fudan University
SHARE

Invisibility cloaks continue to taunt us in 2010 with their promise of Harry Potter-style shenanigans. But New Scientist points to a new proposal that consists of silver-coated nanoparticles floating in water. Such nanoparticles would self-assemble into chains that are controllable by magnetic fields of different strengths, Chinese scientists say — at least in theory.

A possible master of invisibility, or at least nanoparticle manipulation

Chains and columns of tiny magnetite balls — each just 10 nanometers in diameter — would align themselves in the direction of the magnetic field. That could lead to a negative refraction index, so that underwater objects would appear to be out of the water entirely. Cloaking technology of this sort could also bend the light around an object so that nothing appears.

U.S. and UK scientists say the idea sounds plausible, but wondered if the Chinese team could succeed in extending such cloaking across the entire visible spectrum without dark spots showing up due to light absorption.

Teams at Cornell University and the University of California-Berkeley have already begun experimenting with nanoscale invisibility cloaks, courtesy of U.S. Army funding. And other researchers have examined cloaking devices of a different sort to protect buildings against earthquakes. Not bad for muggle tech.