The head of Russia's space agency says such a mission would save lives, but U.S. astronomers strongly differ 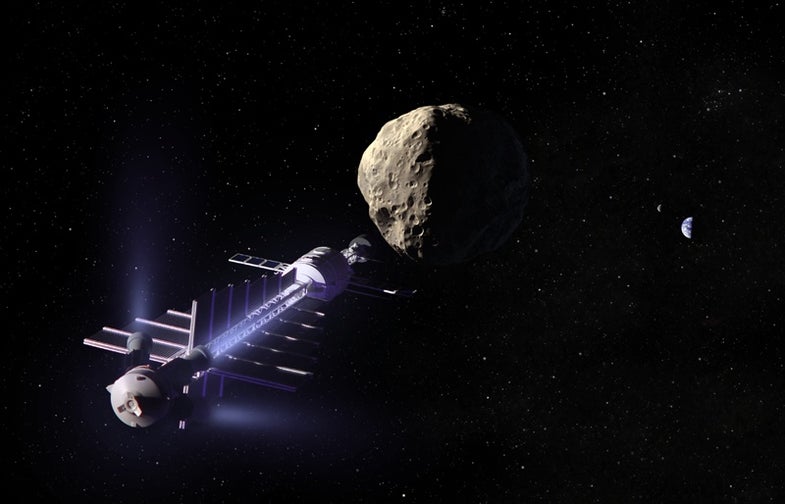 Leave it to Russia to jumpstart the long-debated idea of deflecting killer asteroids that might threaten Earth. A top Russian space official announced just prior to the New Year that he wants to put together a mission for heading off the space rock Apophis, which represents a poster child of sorts for the risk of Near-Earth Objects (NEOs). But NASA astronomers caution that a failed deflection attempt could simply make matters worse.

Anatoly Perminov, head of Russia’s Federal Space Agency, told Golos Rossi radio that he had heard from a scientist of a possible Apophis collision with Earth in 2036. NASA currently puts the Apophis collision risk during that swingby at just a three-in-a-million chance, or about 1-in-333,000.

“People’s lives are at stake,” Perminov said. “We should pay several hundred million dollars and build a system that would allow us to prevent a collision, rather than sit and wait for it to happen and kill hundreds of thousands of people.”

Perminov did not provide details about how a spacecraft might nudge the 900-foot-long asteroid aside, but did say that Russia would not use nukes (and presumably also wouldn’t enlist a oil rig crew for the job). Scientists and NASA astronauts alike have proposed various schemes, such as gravity tractors, for protecting Earth against an Armageddon or Deep Impact threat.

NASA’s Near-Earth Object Program Office saw Russia’s interest as a good sign, even as it emphasized that Apophis presents very little risk. But Paul Chodas, a member of that NASA office and an astronomer at NASA’s Jet Propulsion Laboratory, told SPACE.com that an attempted deflection carries its own risks — failure might push the space rock into a more dangerous path.

NASA itself once considered a mission to better track Apophis, which is larger than two football fields. The Tunguska meteoroid that flattened a Siberian forest was 10 times smaller.

At least Russia’s comment may spark some international discussion about how to tackle dangerous space rocks. Putting some more cash into the sky-watch coffers might not hurt, either, given the current lack of funding for NASA to track potentially threatening space rocks.