Just refrain from trying to touch the screen 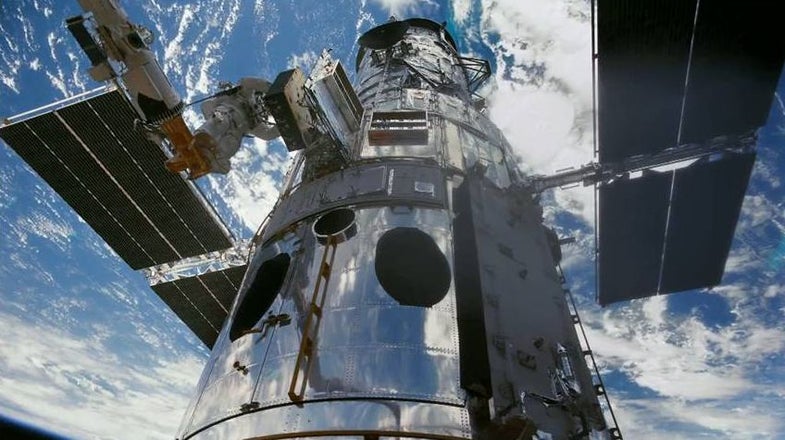 Narrated by Leonardo "The Aviator" DiCaprio when you see the full thing in IMAX theater. Warner Bros./IMAX
SHARE

NASA launched one of its boldest space missions in 2009 to repair and save the aging Hubble Space Telescope. Now everyone can get a glimpse of astronaut derring-do in a preview trailer for the upcoming Hubble 3D IMAX film slated for release on March 19.

We talked previously with IMAX director and producer Toni Meyers about the challenges of capturing five marathon spacewalks with just eight minutes of precious film. All that nail-biting work with a 700-pound camera shooting on a single, mile-long strip of film appears to have paid off generously.

The real money shots appear in the trailer around 1:17, but it’s definitely worth watching the lead-up. We just wondered why producers used a CGI astronaut near the end to advertise what should be some of the greatest 3D IMAX footage ever assembled. No offense to Avatar creator James Cameron, but this is the real deal.