Communication satellites have traditionally acted as transfer points for data beamed up from the ground. But the first commercial satellite... 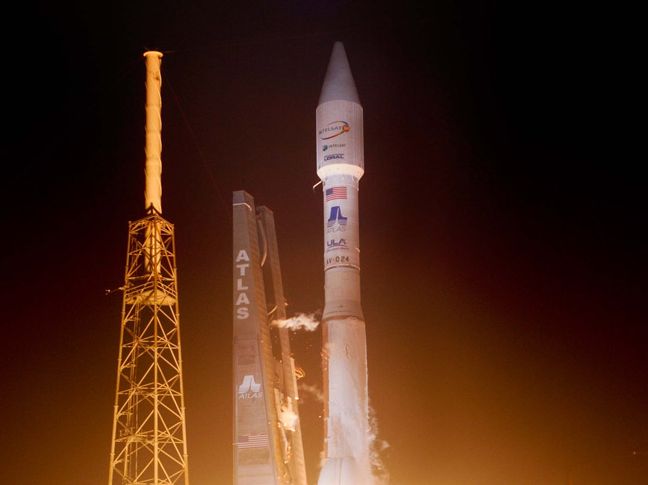 Communication satellites have traditionally acted as transfer points for data beamed up from the ground. But the first commercial satellite with its own Internet router could eliminate the usual satellite-relay transfer lag and more flexibly handle voice, video and data communications for U.S. and NATO military forces anywhere around the world. The U.S. Department of Defense plans to kick off a three-month demo of the space technology this week, according to Aviation Week’s Ares Defense Blog.

Cisco recently conducted a successful test of the Internet Protocol Routing in Space (IRIS) payload, which launched aboard an Intelsat IS-14 satellite last November. Instead of requiring multiple bounces for users scattered around the globe, IRIS can reroute data between any ground users in a single satellite hop, without involving any extra ground stations or multiple satellite beams. It essentially forms the backbone of a network for mobile Internet access anywhere in the world.

The space Internet router also regenerates received signals and boosts them again for better data reception among end users, whether those users are U.S. Special Forces in the mountains of Afghanistan or NATO troops operating out of Kandahar.

The IRIS payload’s router and modem can even get software upgrades from the ground and extend its useful life — not a small consideration considering the expense of launching satellites. Perhaps IRIS could someday make use of NASA’s more resilient Internet protocol designed for deep-space communications.