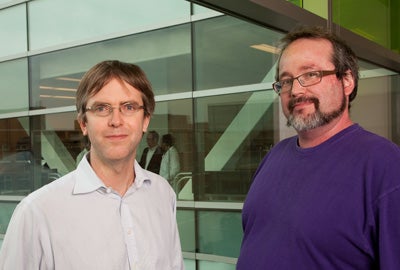 Poor Dr. Frankenstein had to steal corpses for his mad experiments, but modern-day bioengineers need not resort to such dubious methods for raw materials. The new Biofab laboratory plans to churn out thousands of free standard DNA parts that academic and private biotech labs can use to create new designer microbes that can make everything from new drugs to fuel.

This could give a significant boost for research efforts, considering that a single designer microbe may cost years and tens of millions of dollars. One University of California-Berkeley effort to engineer microbes that could synthesize an anti-malarial drug took a decade and $25 million to reach small-scale production.

Scientists from Stanford University and UC Berkeley have focused on identifying the thousands of molecules and processes so that they can mix and match DNA parts in the Biofab lab. Their funding comes from the U.S. National Science Foundation, as well as the Lawrence Berkeley National Laboratory and the BioBricks Foundation.

Open source as an engine for innovation has caught fire recently. Pharmaceutical giant GlaxoSmithKline has offered up thousands of chemical compounds from its database in hopes of someone finding a cure for the mosquito-borne disease malaria.

The Pentagon’s mad science lab DARPA has also pushed for a similar business revolution along the lines of the semiconductor industry, where certain firms focus on innovation and leave the tedious manufacturing to semiconductor foundries. But in this case, Biofab would provide the raw building blocks that allow synthetic biologists to more quickly realize their dreamt-up creations.