Looks like "sushi-gate" wasn't the last of consumers' worries 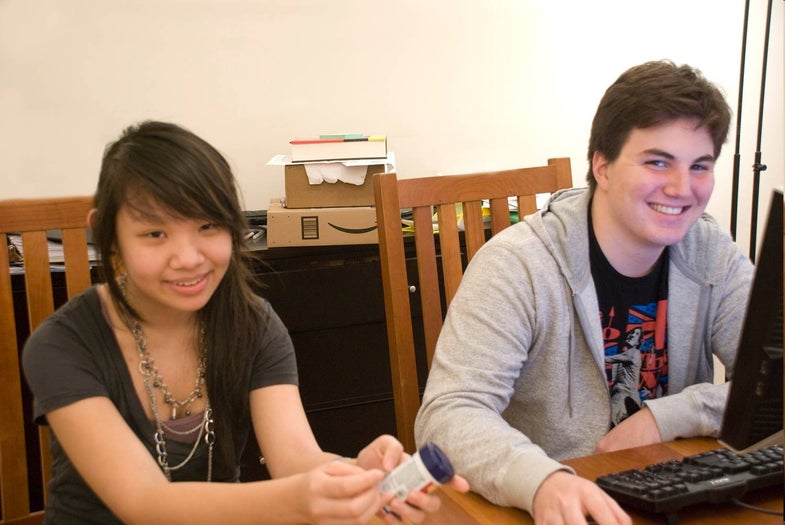 The findings of consumer fraud in 16 percent of sampled products emerged from a “DNA House” project by Brenda Tan and Matt Cost, both 12th grade students at the Trinity School in New York City. Their work echoes the 2008 “sushi-gate” discoveries of two other Trinity students, which revealed mislabeled fish in Manhattan restaurants and markets.

Such food mislabeling not only robs consumers of value, but may endanger people who have intolerance or allergies to certain foods. Similarly, people with certain religious convictions can end up deceived by mislabeled food products.

“We suspect it won’t be long before we see the first criminal charges laid based on DNA barcoding evidence,” said Mark Stoeckle, a physician and researcher at Rockefeller University, who praised the students’ work. That may happen someday, although this particular report does not identify the culprit retailers or products.

Tan and Cost worked with experts from Rockefeller University and the American Museum of Natural History. Museum scientists would report DNA sequences back to the students, who then pasted the 650-letter sequences into an online search engine (www.barcodinglife.org) to translate the species names.

The project also demonstrated the resiliency of DNA to withstand almost every possible food processing condition, and provides hope that DNA barcoding may play a greater role in ensuring consumer safety. Only canned foods were processed at such high temperatures as to break DNA strands and make them often unidentifiable.

“Someday DNA barcoding may be a cool smartphone app,” Cost said. “Until then, we think government agencies should start using these early versions of species identification tools to police the market, and the sooner the better.”

Yeah, someone make this an iPhone app already! For now, curious or disturbed readers can check out more info on the report here.