Nissan Gets $1.4 Billion Loan from Feds to Build Electric Cars

A retooled Nissan factory is expected to create up to 1,300 jobs in the U.S. 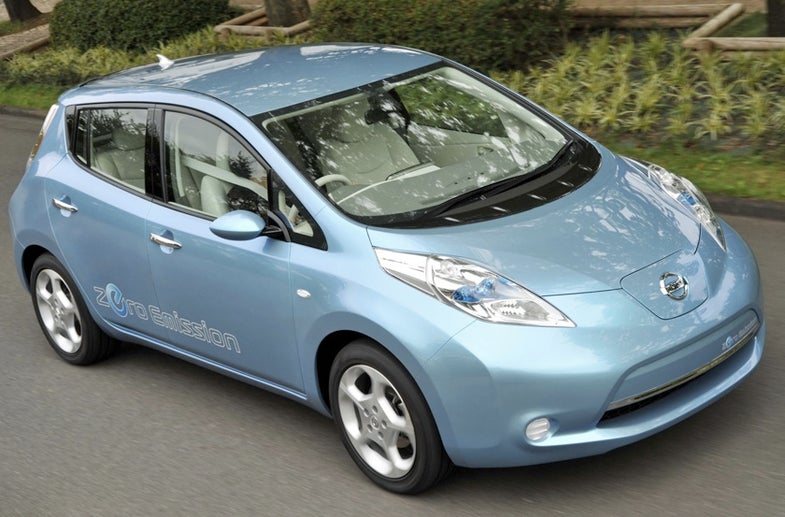 Nissan can officially start its engines for its all-electric car, Leaf. The U.S. Department of Energy (DOE) has finalized a $1.4 billion loan to the car manufacturer that should help it retool a Smyrna, Tennessee factory to build electric cars, and also revamp an advanced battery manufacturing center. Nissan’s projects are expected to create up to 1,300 American jobs.

The 2011 Nissan Leaf won one of PopSci’s “Best of What’s New” awards last year, and for good reason. Nissan’s vehicle may is the first truly mass-market electric car aimed at commuters, with a 100-mile range on its lithium-ion batteries and a price tag supposedly under $30,000. A PopSci test drive showed that the small car is surprisingly highway-worthy. And Nissan plans to eventually ramp up production to 150,000 electric vehicles annually.

Nissan represents the third vehicle manufacturer to sign a DOE loan agreement — Ford and Tesla Motors each received $5.9 billion and $465 million, respectively. Ford has its electric Focus lined up for next year, and Tesla has also been working on its Model S electric sedan for a 2011 debut.

The DOE also throws in the fun fact that Nissan’s loan-backed efforts should save 65.4 million gallons of gas per year, or about six times the oil spilled by the Exxon Valdez back in 1989. But somehow that leaves us just feeling mildly angrier about the oil spill rather than inspired by the fuel savings … at least until we can ditch the hybrids. 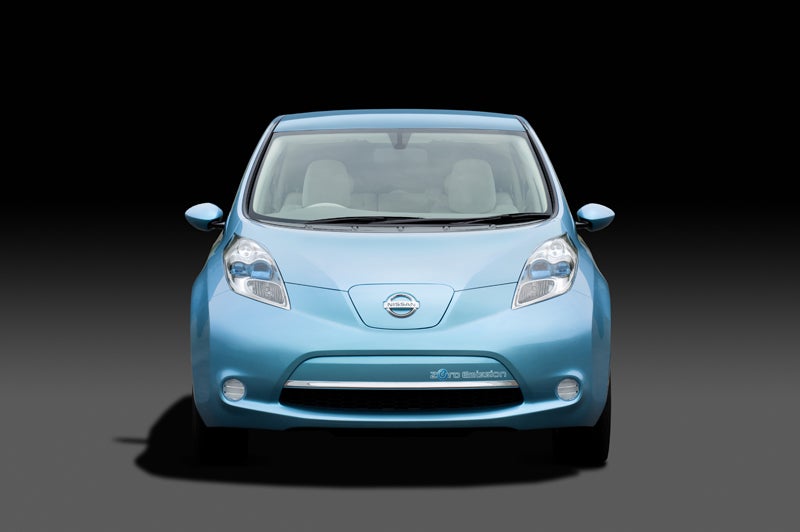 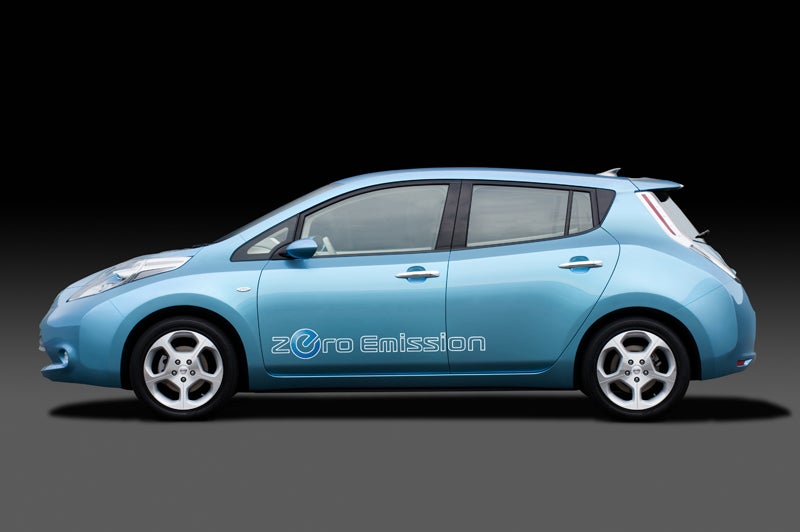 The Leaf: Side View 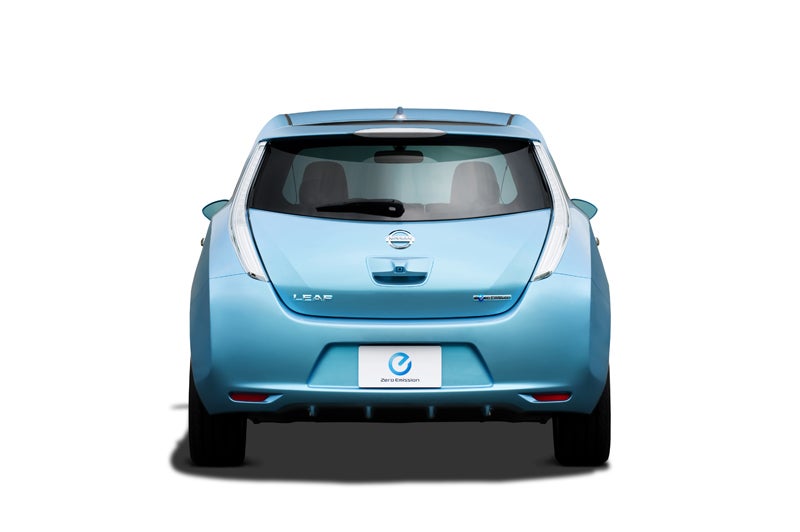 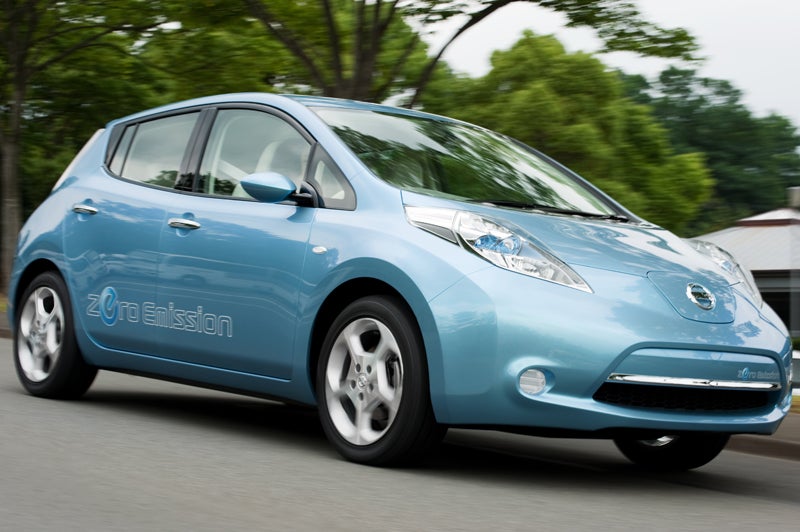 The Leaf: On the Road 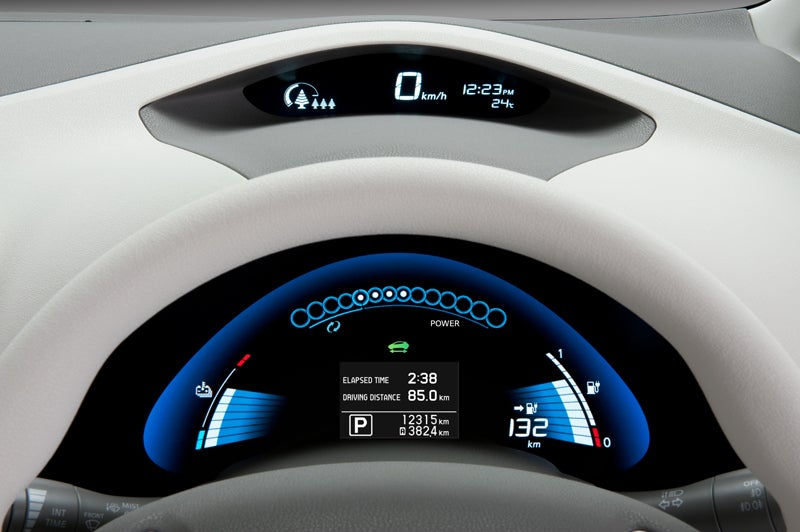 The Leaf: The Dashboard 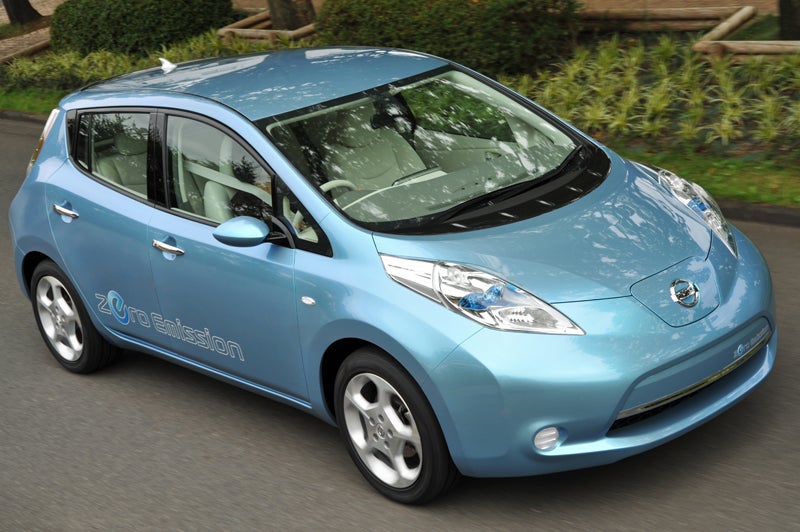