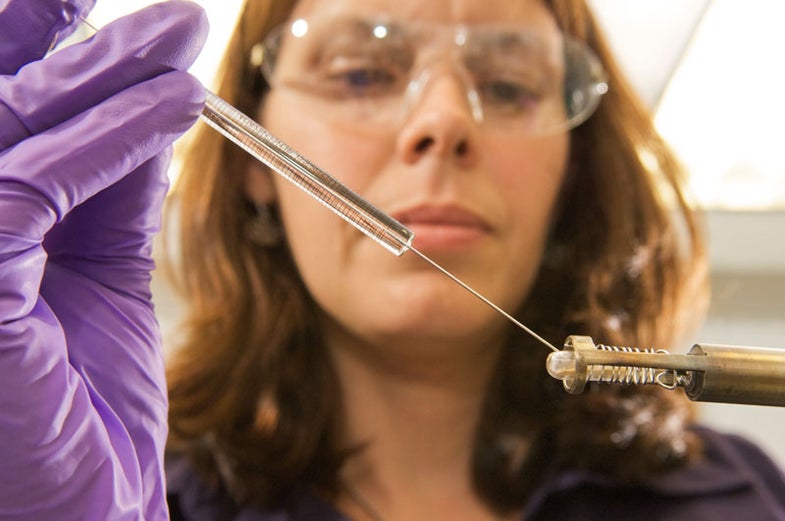 NASA’s SUV-sized Mars rover now has the ability to check for possible ingredients or signatures of life. The U.S. space agency recently approved a new instrument for the Mars Science Laboratory (MSL) that can closely study carbon-containing compounds, if any show up in the dozens of planned soil and rock samples.

The Sample Analysis at Mars (SAM) instrument will carry out the initial search for organic compounds once MSL lands in 2012. A robotic arm on the rover will scoop soil and drill rocks for samples, and a separate device deposits the samples in a carousel-like device containing 74 tiny tubes. Each filled tube then gets a turn inside an oven that bakes the sample material and releases gases for SAM to analyze.

“Our experiment preserves information on how these molecules formed,” said Jennifer Eigenbrode, a scientist at NASA’s Goddard Space Flight Center. “What we’ll get are key observations that tell us about organic carbon sources and processing on Mars — shedding light on the planet’s carbon cycle.”

But heating normally breaks down carbon bonds and destroys molecular information. Eigenbrode found a solution in the form of tetramethylammonium hydroxide in methanol (TMAH), a chemical that can preserve a sample’s molecular structure despite heating — and can also survive the higher radiation levels on Mars.

Such experiments should help MSL figure out if conditions on Mars look good for life, even if they aren’t designed to directly identify past or present life. Let’s just hope that this rover survives its descent and doesn’t end up mired in a Martian sand trap.