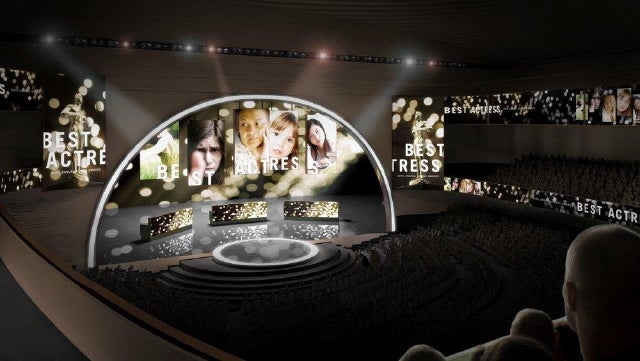 Films such as Blade Runner and Minority Report tend to show tons of bright electronic signs blinking or animating frantically from buildings and vehicles alike — a vision of future Earth that can only become true with much more energy-efficient displays than we have now. Xconomy reports on a California startup’s new laser phosphor displays (LPDs) that use just 25 percent of the electricity required by today’s liquid-crystal displays (LCD) or LEDs.

LPD screens can supposedly come in any size or shape, including square tiles and long, thin ribbon bands. That would allow the lights of Times Square or Tokyo to spread across many more cities and towns. Casinos and stadiums would remain shiny beacons, but train stations, shopping malls, airports, financial exchanges and even churches could also join in the lighting blitz.

The company Prysm has remained fairly tight-lipped about LPD technology, but the basic idea comes from eliminating the expensive layer of transistors that help drive each pixel of an LCD screen in HDTVs, computer monitors or smart phones. Instead, LPDs use a laser that blinks on and off precisely as it sweeps across a pattern of phosphor stripes — not unlike older cathode ray tubes (CRTs) that use an electron beam to activate a field of electro-sensitive phosphors. And rather than the magnets used in CRTs, rotating “scanning mirrors” direct the highly efficient laser beam within an LPD screen.

A first generation of LPD screens may cost more than LCD or LED screens, but Prysm envisions savings from lower power usage, as well as the lack of lamps that could go bust and require replacement. The company also says that LPDs have higher resolution, don’t suffer from motion blur, and can be seen from wider angles than the usual displays. Once LPD production has scaled up, costs may drop low enough for common usage within computers and smart phones.

Prysm first plans to target larger displays that can factor in savings from long-term operations. So keep your eyes peeled next time you go walking around the bright lights of a big city.