A New Kind of Body Armor, Courtesy of Bottom-Dwelling Snails

A snail might not sounds like an ideal inspiration for a defense system, but one unique, deep-sea dwelling mollusk could... 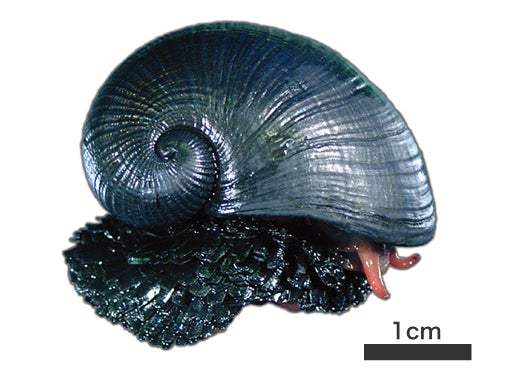 A snail might not sounds like an ideal inspiration for a defense system, but one unique, deep-sea dwelling mollusk could serve as the model for a new kind of body armor, based on its ability to repel crab attacks. The scaly-foot gastropod, discovered a decade ago living near thermal vents nearly 8,000 feet below the ocean surface, possesses a unique three-layer design in its shell that could be extrapolated to such diverse products as flak jackets, helmets, Arctic pipelines and motorcycles.

MIT researchers studying the snail’s shell found that the shell’s outer layer consists of iron sulphide particles that come from the hydrothermal vents, each embedded in a matrix secreted by the snail. When struck as it would be by bottom-dwelling predators like crabs, the outer layer cracks in a way that absorbs energy and reduces impact to layers underneath. Tiny cracks spread around the iron sulphide particles, which ensure that larger cracks don’t form even while absorbing the brunt of the blow.

A second spongy layer further absorbs impact and keeps the snail’s fragile calcium carbonate inner shell from cracking, a critical function, as the acidic water near hydrothermal vents would quickly begin to dissolve the inner shell at the point of fracture, causing small cracks to grow.

Like snails, humans naturally want to contain the damage of an impact to our outermost layers. Researchers envision a body armor coated in iron-based nanoparticles that could greatly blunt and distribute the impact of a blow by creating microcracks similar to the ones in the outer layer of the snail’s shell. A similar construction could be lent to fiberglass-like panels used in vehicles, or in a casing for pipelines that are regularly impacted by icebergs.