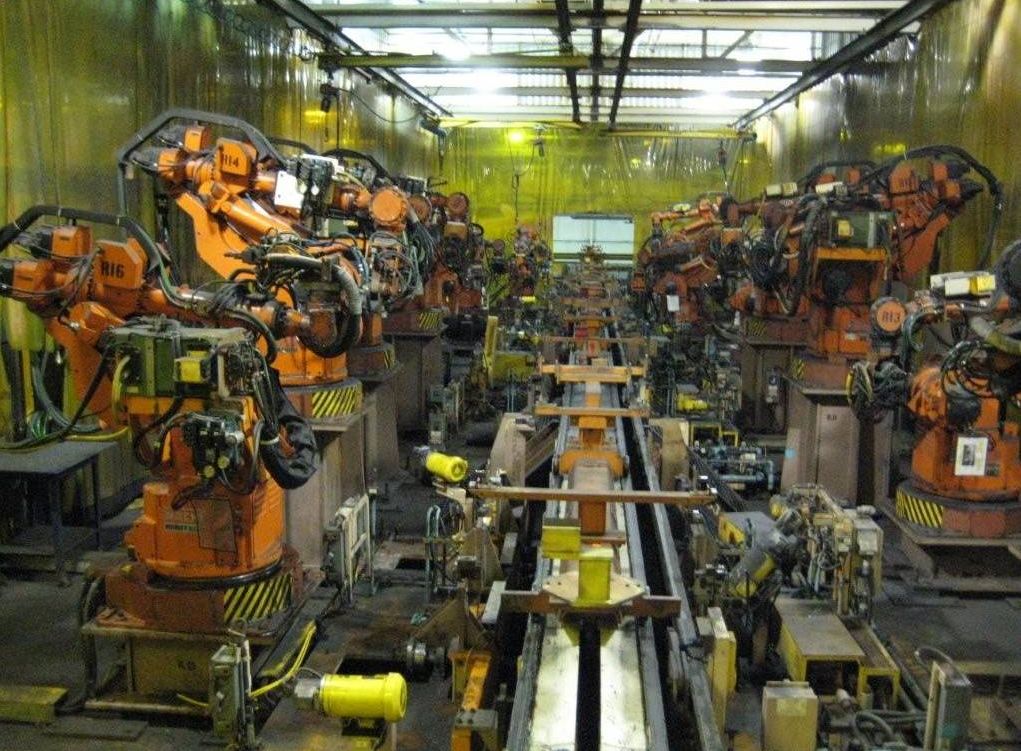 Pull those Benjamins out from under the mattress and get ready to bid on your very own six-axis robot arm. A Chrysler plant near the University of Delaware has been liquidated and is up for auction, including about 200 down-to-Earth, maker-fearing robots.

We’re serious here — find it in your heart to adopt a robot from Great American Auctions. They just need someone willing to take a chance on making their dreams of electric sheep come true.

Times have been tough for robot workers across the world, including hundreds idling in Japanese factories. The U.S. military has also killed off a few stillborn bots due to budget constraints.

BotJunkie counts about 181 Nachis, along with a few ABB and Fanuc arms. We’d advise jumping on this opportunity before the Jawas cart them all off to Tatooine … or before any of the robot arms get too desperate.