As if people weren’t worrying enough about advanced prostheses making amputees stronger than normal humans, now we have to worry... 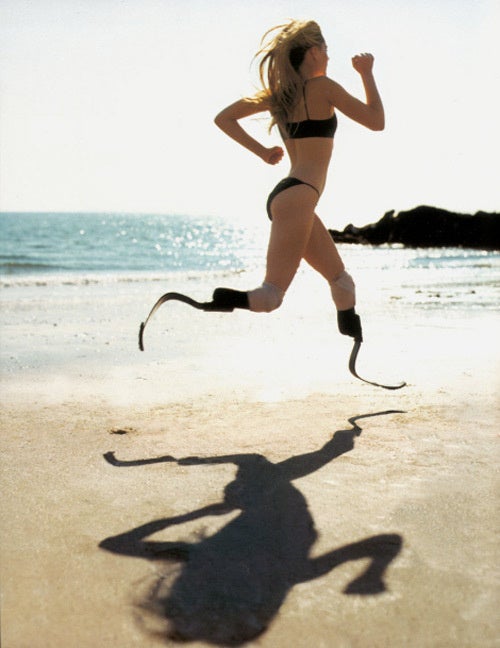 As if people weren’t worrying enough about advanced prostheses making amputees stronger than normal humans, now we have to worry if they are going to make them sexier, too. The prosthetics industry is growing rapidly, and, according to Hugh Herr, the director of MIT Media Lab’s Biomechatronics Group, advanced prostheses will soon become envied in the same way the newest electronic gadget or the hottest car is today.

It makes sense, when you think about it. Aesthetically pleasing inanimate objects do attract people and inspire envy, whether it’s an iPhone, nice shoes, or a Ferrari.

“Let me make a point,” Herr told Fast Company. “Eyeglasses — it’s a … sex apparatus. Often people can have contact lenses, but they choose in certain social environments to wear their glasses, because it looks hot. People put glasses on to make themselves look more intelligent. To augment their appearance, not just their performance.”

Additionally, Herr believes that, as prostheses change from restoring lost ability to providing abilities beyond normal capabilities, not only people will actually want to trade in functioning flesh body parts for more powerful robotic appendages, but for better-looking ones as well.