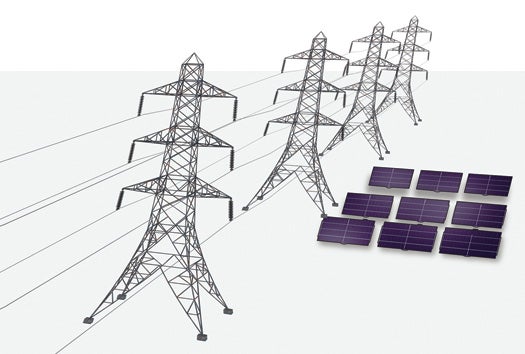 In last night’s State of the Union address, President Obama talked a lot about the need to upgrade our country’s infrastructure, from power plants to railroads, both to create jobs and to improve efficiency. He wasn’t kidding: We lose an average of seven billion gallons of water a day to leaks in the system. Power interruptions cost the economy about $79 billion annually. And we all remember the Minneapolis bridge collapse, but up to a quarter of all the bridges in the country are in need of attention.

Fortunately, there are some amazing technologies already rolling out, and more just waiting for the funding the President talked about. We reached out to experts in transportation, telecommunications, sewage and water to figure out what kinds of technologies might be part of this next generation of infrastructure and found that the key isn’t patches, it’s an overhaul.

Smart systems that deliver only the power needed or recycle sewage for water and energy. Cantilevered trains could be built over existing roads. Roads could de-ice themselves. Here are 25 of those transformational technologies that might become reality sooner than later.