Manned and Unmanned Helicopters Most Efficient When Working Together

Flying alongside drones might seem a bit strange for U.S. Army chopper pilots, but it has major payoffs. The U.S.... 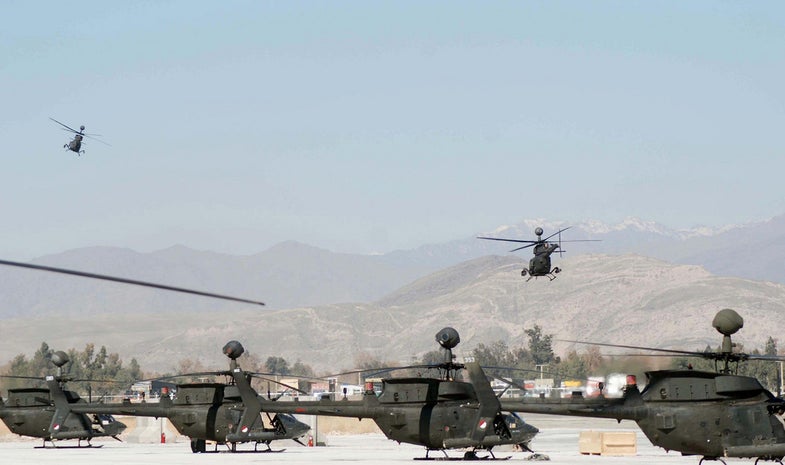 Word of the study came from Colonel Chris Carlile, head of the Army’s effort to create an unmanned aerial systems (UAS) roadmap. He mentioned one example of the lethal boost provided by drone cooperation — an unmanned Kiowa Warrior helicopter was able to fly several miles ahead of the main helicopter force and tip off piloted Kiowas to eliminate enemies before the helicopters were spotted.

The Army anticipates a major boost in unmanned aircraft with the Quadrennial Defense Review, and is considering whether to combine piloted or unpiloted Kiowa Warriors with units that fly the RQ-7 Shadow drone.

These efforts to integrate manned and unmanned systems signal the 21st century battlefield where humans and robots actively cooperate and share the same ground, sea or airspace. The U.S. Air Force has continued to revamp its ranks by training new drone pilots, and many more footsloggers are getting their hands on technologies that allow them to access or control drone buddies.

We only expect to hear more stories like this in the near future, given how well drones and humans have cooperated so far. But James Cameron must not have read the tea leaves for his latest blockbuster Avatar, because those futuristic human mechs and gunships seemed sadly lacking in drone support.